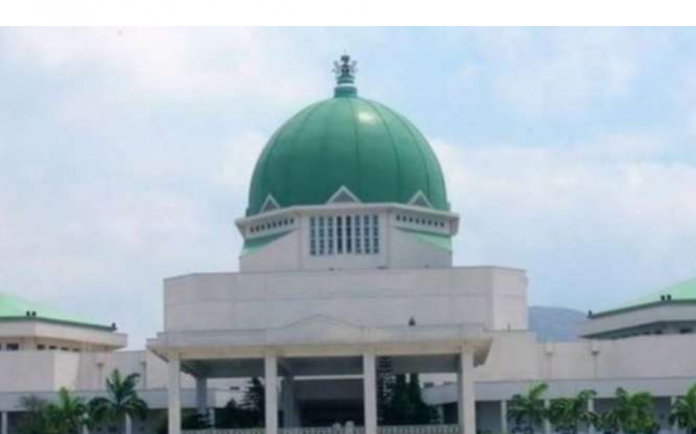 Director of Information, National Assembly Abuja, Rawlings Agada, has said the sum of N37 billion, approved for the renovation of the National assembly complex may not be enough for the work.

Stakeholders in the Nigerian project have asked the National Assembly to quickly pass Proceeds of Crime Bill, Witness Protection Bill, Federal Audit bill, Public Interest Disclosure & Compliant Commission Bill, and other public interest bills to strengthen the fight against Corruption in the country as they are worried over damage caused by Corrupt acts.

They made the call at the end of the 23rd Anti-corruption Situation Room (ACSR) organized by Human and Environmental Development Agenda, (HEDA Resource Centre) in partnership with the Technical Unit on Governance & Anti-corruption Reforms (TUGAR), Premium Times Centre for Investigative Journalism (PTCIJ), National Orientation Agency, (NOA) and AFRICMIL with the support of MacArthur Foundation and Open Society Initiative for West Africa, (OSIWA) held in Abuja recently.

According to the coalition drawn from the Economic & Financial Crimes Commission (EFCC), Code of Conduct Bureau (CCB), United Nations Office of Drug and Crime (UNODC), MacArthur Foundation, the National Assembly, labor, media, and civil rights organizations, Nigeria can only win the war against corruption if everyone could do away with dishonest attitude over public issues.

The forum expressed worries over damage corruption has done to the psyche of the country and the greater impact on democratic stability and livelihood of Nigerians, stressing that the level of poverty, declining provision of the essentials, decreasing values placed on human lives, coupled with the new tide of violence and terrorism that grips the country and hold her citizens is a dangerous signal for all.

They observed that the year 2020 occasioned by the global COVID-19 pandemic was a defining moment with a string to learn lessons among which were the perseverance of mankind to conquer fear, the oneness of humanity, the compassion of people for one another, and at the same time indicating how corrupt people can seek to exploit human despair for profit.

‘We noted with regret the hoarding of palliatives in Nigeria during the pandemic, and it’s a sign that corrupt officials are stone-hearted and often cherish personal fortunes amid human misery. We also observed how the COVID-19 19 taught Nigerians that deprivation and corruption could spark upheaval as seen in the #ENDSARs protests underlining the need to fight corruption more vigorously and ensure access to opportunities and equitable distribution of public wealth.’

They noted that corruption has continued to feature in every facet of human lives in Nigeria which undermines the capacity of the country to play her traditional leadership role in Africa and to meet the needs of the people, adding that unnecessary delay of justice in the prosecution of corrupt officials is unacceptable, and there were cases where recovered loots and some assets have been re-looted.

To boost the morale of the public to support the fight against corruption, they expressed worry over the plight of many whistleblowers whose expectations are never met while instances of threat to life have been reported, pointing to a huge increase in the volume of funds allocated to national budgets since 1999, without a proportional or corresponding increase in the quality of people’s lives.

They acknowledged that the federal government has made some successes in the fight against corruption howbeit, bemoaned how the civil service has been a hotbed of sordid activities while sustainable anti-corruption policy cannot be achieved without a new civil service culture that honors the primacy of public service, hence, the need to cover more grounds.

We recognize the strategic importance of the EFCC, Code of Conduct Bureau, and the complementary efforts of public institutions like the National Assembly, Presidential Advisory Council Against Corruption, (PACAC), and other international institutions like UNODC, MacArthur Foundation, OSIWA, TUGAR among others in their efforts to free Nigeria from the fetters and shackles of corruption.

‘The fight against corruption should be more inclusive, especially in the area of greater involvement of women and younger people. Nigeria needs to pay attention to other emerging forms of economic transactions like the use of cryptocurrency. The prosecution of corruption-related cases is very slow which has prompted new thinking in the government circle for the introduction of special courts that will handle cases of corruption, terrorism, militancy, and banditry with speed and efficiency.

“For the anti-corruption combat to be more effective, there should be greater cooperation among the anti-corruption agencies on the one hand and non-state actors like the civil society on the other hand. The federal government has shown some commitments to fighting corruption, but the States and local governments have made little or no impact. If this continues, the fight against corruption would be far from being won.’

They unanimously resolved that the vivil rights movement and anti-corruption agencies should intensify the campaign against corruption in rural and urban areas with a renewed vigor adding that recovered stolen assets should be deployed for the direct benefit of victims implied by corruption and the funds should be seen to impact on the lives of Nigerians through access to education, health and other essentials of life.

They posited that while it is important to return stolen funds to victim states, such must be followed with a mechanism that monitors the expenditure of such funds, while Whistleblowers must be protected by the government through policies, programs, and security.

‘Existing anti-corruption laws should be made more effective and dynamic, the Code of Conduct Bureau should guarantee public access to assets of public officials, and the National Assembly should expedite actions on the passage of important bills necessary for the effective consolidation of the anti-corruption battle.

They continued: ‘The National Orientation Agency (NOA), the Public, private and faith-based institutions should wage war against declining ethics towards value reorientation since corruption is a driving force of the ongoing violence, addressing terrorism and banditry cannot be isolated from fighting corruption. Meanwhile, Nigerians should hold political actors to their manifestoes to lift the burden of poverty fueled by inept and corrupt elected officials.

‘More so, it’s high time Nigeria honored its obligations as State Parties to UNCAC, the African Union, and ECOWAs on the independence of the anti-corruption agencies. We frown at the way and manner the former EFCC Chairman, Mr. Ibrahim Magu, was removed – It’s a development that violates existing regional and international principles.’