Abia Speaker to Umeh Kalu: You are Treacherous and Shameless 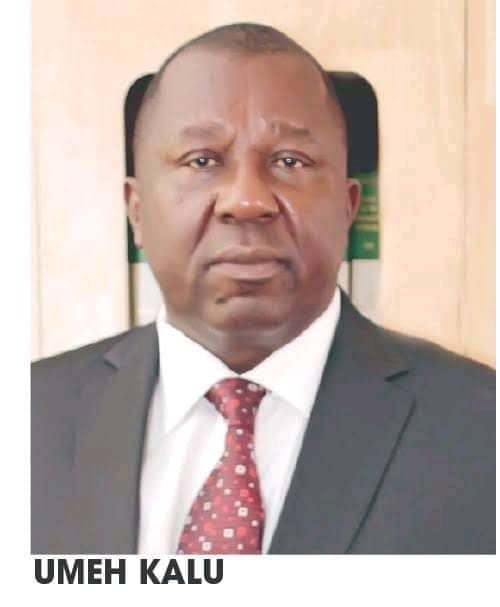 The new tradition in Abia State today seems to be a situation where some former government officials booted out of office due to gross incompetence, redundancy and or crass ineptitude resulting from over-stay in a particular office in government, have formed a ‘Gang of the Aggrieved’ whose only mission is obviously to pull down the government(s) in which they once served just to get even with the government and all those associated with it.

The latest of the vitriols to come from the “Gang of the Aggrieved” is the one by a former Commissioner for Justice and Attorney-General of the State, Umeh Kalu, whose recent “Open Letter” to the Governor of Abia State reeks of a vicious underlying intention to upstage the peaceful political atmosphere the state is enjoying by vigorously but vainly trying to plant seeds of discord in the polity.

However, these plots will continue to fail as their targets are well aware of the antics of this gang of aggrieved persons who have turned emergency crusaders because they were rightly eased off the system.

Or how else can one explain that Umeh Kalu who was in office as Commissioner for Justice and Attorney-General of the State for ten unbroken years, spanning over two administrations, would be the same person penning an open letter bitterly denigrating those same administrations with such bitterness without even a modicum of decency to give credit to them even if only for apointing him to serve for that long?

One of the targets of Umeh’s letter to the Governor of Abia State is the Speaker of Abia State House of Assembly, Rt Hon Chinedum Enyinnaya Orji and the Ochendo family. It is obvious that Umeh Kalu is still carrying the pains of not being supported by Rt Hon Chinedum Enyinnaya Orji to become Deputy Governor of Abia State after expecting to run on a joint ticket with Governor Okezie Ikpeazu. With the benefit of hindsight, Rt Hon Chinedum Orji was right in pitting his tent with Rt Hon Ude Oko Chukwu, the current Deputy Governor rather than with a cantankerous element like Umeh who will not mind to pull a government down simply because he was asked to step down from such an exalted office after ten whopping years in order to give room for somebody else to serve. Should a similar opportunity present itself again, the Abia Speaker will still choose Rt Hon Ude Oko Chukwu over Umeh without any qualms or apologies. This is the crux of Umeh’s petitions against the Ochendo family. If he was serving as Deputy Governor, would he have written any such letter? The obvious answer is NO! So, his intentions are far from pristine but laced with puerile vengeance and bitterness.

The Speaker does not have the ability to turn back the hand of the clock in order to influence the nomination of Umeh as Deputy to the current Governor. The Speaker has since moved on and does not owe Umeh Kalu any iota of apology and will not transfer any popularity to him. Umeh should move on and concentrate on criticising government objectively while he continues his endless nocturnal meetings of the gang of the aggrieved.

Umeh should also be warned that nobody has the monopoly of writing Open Letters, if not, he will be asked to supply Abians the name of his wife’s brother he used for the construction of the death trap of a High Court, Aba, that collapsed a record three times.

It is a common saying that those who live in a glass house must not throw stones. Mr Speaker may be forced to tell the world how this same Umeh Kalu made away with more than six official vehicles purchased by government and converted same to personal use without any modicum of decency to leave them behind for his successor. Yet, he is now preaching probity. Has Umeh forgotten that Abia Stste government would spend money to replace those vehicles and more when they could have made do with the available ones if Umeh had not carted them away? Yet, he is the one now mouthing prudence in governance. Indeed, nobody can accuse Judas Iscariot of betrayal more than they can accuse Umeh of hypocrisy!

As a senior lawyer though one without scruples, Umeh should not have forgotten the popular axiom that “he who goes to equity must go with clean hands”.

The truth is that Rt Hon Chinedum Enyinnaya Orji has nothing to hide about the financial dealings of the Abia State House of Assembly and is open to public scrutiny since he knows that there will be many other Speakers after him. He will also not shy away from the government he is part of and will also not publicly attack same just to gain cheap popularity unlike unstable men as Umeh Kalu.

If Umeh is seeking to be governor, he should pursue his ambition with decorum and not think that he can rise by attempting to pull others down, especially governments he served for ten good years. He should tell his people in his Okagwe community, where he is a fugitive, what he was able to achieve for them while in office except to oppress and torment the youths and drag them before the police both in Abia State and Abuja simply because he sees himself as a dictator before whom people of his community must quake and bow. Today, Umeh cannot step into his community without consequences. That’s how bad his situation is!

Contrary to the expectations of the Umehs of Abia State, Rt Hon Chinedum Enyinnaya Orji has conducted himself and will continue to conduct himself in manners that will keep promoting good governance in the State but remain a nightmare to characters like Umeh Kalu who holds the record of being the longest serving Attorney General in Nigeria courtesy of Senator T.A. Orji.

If he is accusing Governor Okezie Ikpeazu of failure, then he should look in the mirror and see the treacherous individual who was in Governor Ikpeazu’s inner circle of government for four whole years but now turns around to so publicly chide the same Governor and his government. The same Governor he is accusing of failure is the one that built the road Umeh uses to access Nkporo community to incite some people against the Deputy Governor.

It is a shame that an elderly man quite older than Mr Speaker will keep dragging himself in the mud by making the Speaker his problem. But let him be warned that enough is enough! The same warning goes to all those who have made it their life ambition to keep attacking and falsely accusing Ochendo, they should be reminded once again that those who live in a glass house don’t throw stones!

Rather than hold so tightly to his new found trade of bitterness and hate towards the Speaker which resulted in a very serious health challenge that almost took his life, Umeh should be thanking God for saving him from such a very serious illness occasioned by too much bitterness and anger towards the Abia Speaker. It’s quite strange the level of fixation he has on Mr Speaker. However, he is fixated on the wrong person who knows a lot about his shenanigans and diabolical mindset.

This is the same Umeh Kalu that once wrote a petition to the Inspector General of Police over a year ago alleging that Rt Hon Chinedum Orji wanted to kill him but in that period till now, he is stil alive and survived that serious health challenge. Can such a man be taken seriously by the police? A man that does not carry his SAN title with the dignity and prestige it deserves after attempting and failing to attain the status a record seven times as attorney general may be called upon to tell Abians the true reasons he was denied being a SAN for that number of times. Mr Speaker is however in possession of the weighty petition relied upon to repeatedly deny Umeh being SAN for that long number of years despite repeated atempts.

Finally, Umeh Kalu’s bitter treatise may have been mischievously veiled like one from the pulpit, it actually is one from a pulpit of guilt, bitterness, anger and undiluted resentment. Umeh should stop his rants and mischief or else he will be exposed for the hypocrite that he truly is!

A word of advice for Umeh Kalu: treachery has never and will never pay!

A Federal High Court sitting in Umuahia, the Abia State capital has dismissed a suit seeking to nullify the candidacy of the Speaker of...
Read more
Abia Speaker