ABIA STATE WILL KEY INTO THE CONTRIBUTORY PENSIONS SCHEME ;-IKPEAZU 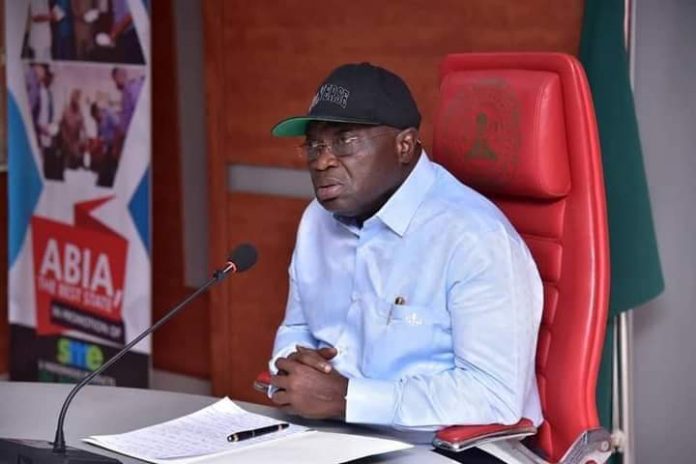 Governor Okezie Ikpeazu says his administration will take every necessary step to key the State Workforce into the Contributory Pension Scheme of the Federal Government.

The Governor stated this when he received in audience a delegation of
the National Commissioner (Technical), representing South East & Directors of the National Pension Commission at Government House Umuahia.

He directed the State Head of Service and Commissioner for Finance to come up with the technical advice on the framework with which it would commence as soon as possible. He said the full implementation of the Contributory Pension Scheme was delayed owing to some challenges but assured that his administration is determined to implement the scheme in the State.
Governor Ikpeazu, who stated that one of the greatest problems of the State has been wage bill management expressed the hope that the Contributory Pension Scheme would solve the pension problems as it would provide reliable data. He said with it, workers would look forward to retiring happily. He appreciated the proposal of the Pension Commission (PENCOM) to establish a micro pension scheme for small & medium scale enterprises, saying that it would stabilize the economy and give hope to the Abia artisans. He promised to lead out in serious advocacy about the micro pension scheme, adding that it would assist the artisans a great deal.

The Governor commended Dr. Nyerere Anyim for the good work done in the scheme and said that Abia is proud of him.

Earlier, the National Commissioner (Technical), representing South East at the Pension Commission Dr. Nyerere Anyim said his team was in the State as part of their tour of the South East States aimed at creating awareness on the need to implement the Contributory Pension Scheme. He commended the Governor’s efforts towards implementation of the contributory pension scheme and said, having achieved the milestone of enacting the Pension Reforms Law in 2017, it is needful for the State to commence the full implementation of the scheme.

Dr. Anyim assured that he is willing to deploy the staff of the PENCOM to work with Abia State to begin its implementation, saying that if Abia starts the implementation, it will be the first in the South East to do so. He enumerated the benefits of keying into the scheme to include reducing the pension burden on the government as there will be shared responsibility among the government, civil servants, and pension managers.
He also said that the scheme will eliminate the ghost worker syndrome, adding that government can assess funds from the pension fund for strategic investment.
According to him, the micro pension plan will give access to the informal sector to assess income adding that Aba was chosen as the hub of SME in the South East for the plan.

Also speaking, a member of the delegation and a Director at PENCOM, Mr. Oscar Onyema also highlighted the advantages accruable to the State if it joins the Scheme. Mr Onyema, who is the Chief Executive Officer of the Nigeria Stock Exchange told the Governor that the scheme can give the state the platform to use the instrumentality of the issuance of bonds to raise funds for development from the capital market.

The Honorable Commissioner for Finance, Dr. Aham Ukoh, his counterpart in the Ministry of Health, Dr.Joe Osuji, Chief of Staff to the Governor, Professor ACB Agbazuere, State Head of Service, Sir Onyi Wamah, and the Permanent Secretary, Bureau of Establishment and Pensions, Mrs.C. Onyegbu witnessed the event. 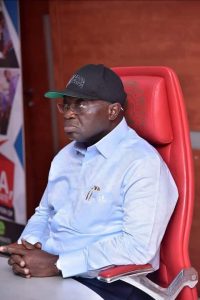 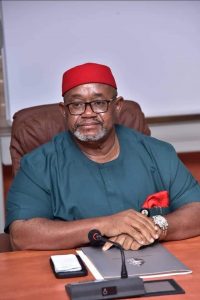 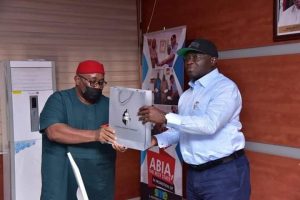 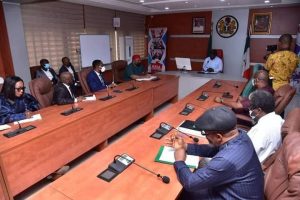 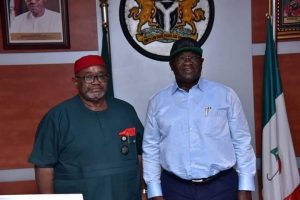 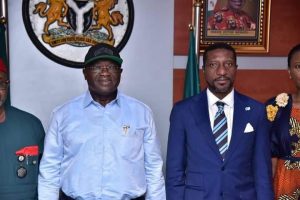 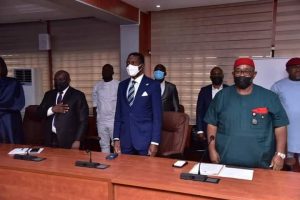 As the forthcoming general elections approaches it's climax,a member of the House of Representatives, Alhassan Ado-Doguwa, has issued threats to members of his constituency...
Read more