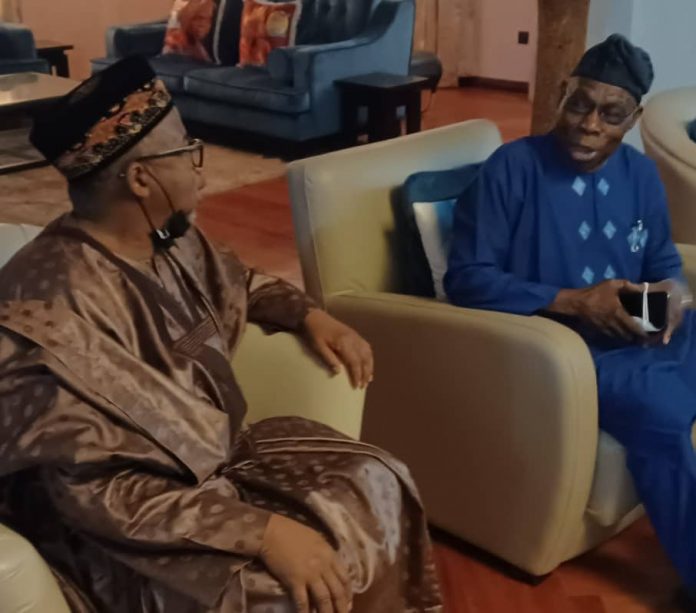 Mohammed, who met Obasanjo behind closed doors, spoke with newsmen after the meeting.

According to him, the decision of the ruling All Progressives Congress (APC) to zone the presidency to the south ahead of the 2023 elections did not pose a threat to the Peoples Democratic Party (PDP).

Mohammed said the PDP would continue to strategize to rescue Nigeria from the present situation it found itself in.

“This is the kind of thing we are doing; the leg works, the permutations and so and so forth. So that, at least, whatever we are going to do, is to give us and provide for Nigerians to choose between the best alternatives.”

The governor stated that he had visited Obasanjo over issues involving the PDP.

While alluding to the fact that Obasanjo is no more in partisan politics, Mohammed posited that, “we are rebuilding our party to remove rancour, division and what-have-you. So, we still need him, because his words of wisdom are always very useful.”

Mohammed said he visited the former president in Ogun State “to sound his opinion on some of the things going in the party, to close ranks and make sure that we provide Nigerians with the opportunity to rescue the country, from the present division going around which we have found ourselves.”

Mohammed, who is eyeing the presidency in 2023, expressed optimism that he would get the PDP ticket.

He maintained that every Nigerian should contribute his or her quota to the growth and development of the nation.

“Nigeria is too large and too important to be ignored. Some of us have benefited so much. It is not about me and my expression, but about the country,” he submitted.