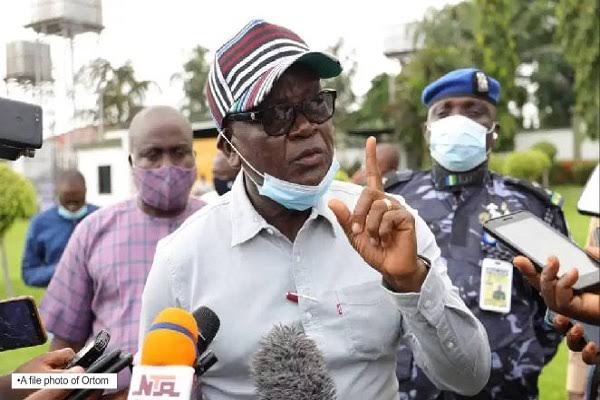 Mr Terver Akase, the Chief Press Secretary to the Benue state Governor, Samuel Ortom, Friday said the failure of Senior Special Assistant to the President on Media and Publicity, Mallam Garba Shehu, to reproach the armed herdsmen militia responsible for the killings in Benue state smacks of complicity and tacit support for the killer herders.

Akase was reacting to the statement by the presidential aide who castigated Governor Samuel Ortom for his outburst over the attack on the Abagena Internally Displaced Persons, IDPs, camp by suspected armed herders where seven inmates were Tuesday killed and nine others sustained injuries.

Akase in a statement issued in Makurdi said, “we read the statement signed by Senior Special Assistant to the President on Media and Publicity, Mallam Garba Shehu in which he said President Muhammadu Buhari had expressed “his disappointment and sadness to hear Samuel Ortom, the Governor of Benue State make a litany of accusations against his person and his government following the recent unfortunate incidents in the state.

“Shehu was referring to Governor Ortom’s clarion call on the President to act decisively and in an unbiased manner to end the spate of killings by Fulani herdsmen in Benue and other parts of the country.

“We are convinced that Mr. President was not aware that his aide Shehu made such a statement on his behalf.

“It is clear that the media aide didn’t speak for the President in the said statement. President Buhari wouldn’t have given approval for such a reckless and insensitive press release.”

Continuing, the CPS asked, “what is wrong with Governor Ortom’s call on the President to address the nation, convene a national security summit and declare a state of emergency on security, following the spate of killings taking place in Benue and the remaining states of the federation?

“Governor Ortom is not the only one who is worried by the worsening security situation in the country and has called on the President to rise to his responsibilities by declaring a state of emergency on security and convening a summit to address the numerous security challenges bedeviling the nation.

“Many other Nigerians of good conscience have at different times made similar calls. What the Governor therefore deserves is commendation and not condemnation.

“If Garba Shehu claims that the President is disappointed in the Benue State Governor for speaking against the sustained attacks on his people, we wonder how he feels about the killings in North East, North West, South East, South West, and other parts of the North Central. Are those killings occurring as a result of the comments of Governors of the affected states?

“It is shocking that Shehu would make a statement regarding an attack evidently carried out by Fulani herdsmen and there won’t be a single sentence of reproach directed at the violent Fulani herders. Such a deliberate omission smacks of complicity and tacit support for the killer herders.

“Shehu is aware that Governor Ortom has on several occasions raised alarm against activities of the rampaging herdsmen whose sole aim is to take over the ancestral lands of Benue people and other Nigerians.

“The Governor has written letters to the Federal Government and made other spirited efforts to have the government at the centre take preventive measures against further attacks on Benue communities. The Federal Government has repeatedly ignored such patriotic calls, insisting rather that cattle routes of the 1950s be re-opened to grant easy passage to the pastoralists and their animals.”

According to him, “the posture of the Federal Government has made many Nigerians to conclude that it is complicit and its inaction has emboldened the armed herdsmen to cause greater havoc across the country.

“The President is Commander-in-Chief of the Armed Forces. The job of a Governor is to support security agencies to perform their duties, and this, Governor Ortom has done efficiently to the admiration of many Nigerians.

“When President Buhari gave a shoot on sight order to security agencies against persons bearing AK47, Governor Ortom was one of the first to support the presidential directive.

“The Minister of Defence came out a few weeks later to counter the President’s order and we expected a reaction from the Presidency but till this minute, no such reaction has been heard.

“What Garba Shehu ought to know is that Governor Ortom has no personal grudge against the President. The Governor is only being patriotic by calling for justice, equity, fairness and above all the rule of law. He expects the President to be the leader of every Nigerian and treat all as his people,” he added.

Heavy security has been beefed around the Supreme Court of Nigeria Complex in the three arms zones of Abuja ahead of the Apex Court’s...
Read more
INEC

RISING CASES OF INSECURITY AND THREAT TO 2023 ELECTION –Sunny Awazie

Article written by Sunny Awazie from Umuahia Abja state. You do not blame the Individual involved in criminal act, rather reproach should be placed at...
Read more
Insecurity