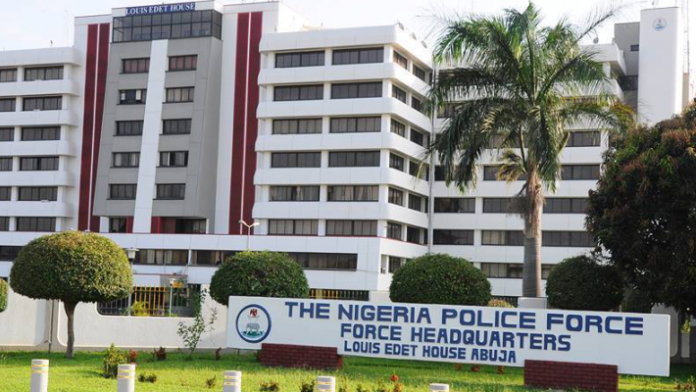 Charles Ukoniwe left Nigeria for the United States on March 5, 2018. He arrived in Canada on June 6, 2018, and subsequently filed a claim for refugee protection.

The Nigeria Police Force’s involvement in extrajudicial killings, torture, summary executions of suspects in custody, amongst other gruesome human rights abuses, is “overwhelming”, a federal court in Ottawa, Canada, said in denying asylum to Charles Ukoniwe, a former operative of the notorious MOPOL unit.

The conclusion came after Mr.Ukoniwe sought a judicial review of the North American country’s immigration department that denied him asylum for his possible involvement in crimes while he served as a police officer in Nigeria, according to court documents seen by Peoples Gazette.

Judge Patrick Gleeson held that any Nigerian who willingly joins the Nigeria Police Force will be guilty by association before the Canadian judicial system and the United Nations Convention Relating to the Status of Refugees, notwithstanding whether or not the person committed gruesome crimes often associated with the NPF.

The judge hinged his decision on the landmark 2013 case of former Congolese representative to UN Rachidi Ekanza Ezokola, in which the Supreme Court of Canada ruled that anyone who knowingly participates in an organization or regime linked to crimes against humanity will not receive protection under the 1951 Refugee Convention.

The ruling came months after Nigerian soldiers opened fire on protesters who were participating in the #EndSARS campaign to end police brutality in Nigeria, killing at least nine civilians in an operation said to have been authorized by President Muhammadu Buhari. Days after the Lekki killings, some Nigerian soldiers were killed in a mysterious operation that the Nigerian Army has failed to publicly acknowledge or explain.

Mr. Ukoniwe joined the Nigerian police in 2001 and served 17 years before fleeing Nigeria in March 2018 because he was being sought by members of a cult gang that he had investigated for homicide in 2016. He claimed to have received several phone calls and his house was burnt in 2017.

Documents seen by The Gazette said Mr. Ukoniwe left Nigeria for the United States on March 5, 2018. He arrived in Canada on June 6, 2018, and subsequently filed a claim for refugee protection.

Having conducted some findings of his service in the Nigeria Police Force, the Canadian immigration department denied him asylum evidence showing his involvement in the crimes against humanity.

Although the former police sergeant contended that the decision was “unreasonable” and denied his complicity in the crimes, Canadian authorities noted that it was unlikely that he did not know of widespread crimes perpetrated by the Nigerian police.

Documentary evidence overwhelmingly demonstrates that the NPF and the MOPOL unit committed human rights violations during Mr. Ukoniwe’s service, and it was unlikely that he had no knowledge of these generalized violations despite the evidence, and his awareness of reminded does not know about rights violations were limited to low-level corruption within the NPF,” the document said.

In 2010, Open Society Justice Initiative, in collaboration with the Network for, Police Reform in Nigeria (the PRIN), published a report that documented systemic crimes against humanity by the Nigerian police, concluding that the institution had wrought untold destruction on the Nigerian society and had effectively become criminal.

In his ruling on July 16, Mr.Leeson expressed his satisfaction with the immigration department’s decision and held that the application is dismissed.

“Having carefully considered the record and submissions of both parties, I have concludes that this application must be dismissed. For the reasons that follow, I am weighing the relevant factors in determining that Mr. Ukoniwe made a knowing and significant contribution to the crimes committed by the Nigeria Police Force [NPF],” the document said.

Police spokesperson, Frank Mba, however, did not respond to The Gazette’s request seeking his comment on the Canadian judiciary’s position that the police force is a criminal organization.

In April, another Canadian judge, Sébastien Grammond, also denied asylum to Olusholorganization former member of the Special Anti-Robbery Squad (SARS) on the grounds of his association with the police unit.

Mr. Popoola had also requested for a judicial review of the decision of the immigration department whi.ch found him inadmissible into the country on the grounds of his membership of the Nigeria Police Force.

I am dismissing his application because the decision-maker reasonably assessed the relevant factors for deciding whether Mr. Popoola made a knowing and significant control. union to the crimes committed by the Nigerian Police Force,” Mr. Grammond ruled.

The House of Representatives has asked the federal government to continue the construction of the Lagos-Calabar coastal railway line. The lawmakers made the call on...
Read more
Breaking News

Portugal coach, Fernando Santos, has benched Cristiano Ronaldo for their 2022 World Cup Round of 16 clash against Switzerland. Santos had hinted the 37-year-old would...
Read more
Breaking News

Morocco qualified for the quarter-finals of the 2022 World Cup beating Spain, one of the tournament’s favourites. It is the first time the North African...
Read more

Portugal captain, Cristiano Ronaldo has reacted to his side’s World Cup 6-1 win over Switzerland in the round of 16 on Tuesday. Ronaldo, who did...
Read more
Load more