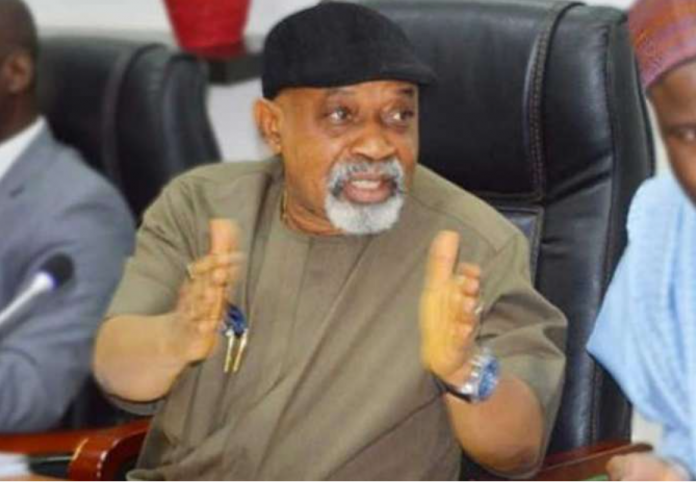 Dr. Chris Ngige, Minister of Labour and Employment said this while fielding questions on television concerning the time for payment of the new wage.

The Minister of Labour and Employment, Sen. Chris Ngige, has called on Nigerians to unite against insecurity and corruption as well as other challenges hindering development in the country.

This is contained in a statement by Mr. Charles Akpan, Deputy Director Press and Public Relations of the ministry, and issued to newsmen on Saturday in Abuja.

Ngige made the call while felicitating with Christians on the death and resurrection of Jesus Christ.

Ngige appealed to Christians to see Easter as another opportunity to re-awaken the dying fervor of personal and collective sacrifice while calling on all Nigerians to unite against a common enemy.

”Here is the Messiah, Christ the son of God, suffering death for the redemption of mankind. For our sins, He became obedient to a shameful death on the cross.

”Thus, leaving an undying lesson that obedience, absolute faith in God, perseverance, and sacrifice make the ultimate path to victory. What else does the world want?

“What else does Nigeria need, then these virtues at this crushing moment of national history,” Ngige said.

The minister congratulated Christians for being steadfast with Christ, all through the forty-day lent, culminating in the crucifixion and death on Good Friday and the eternal damnation of the powers of sin and death, through resurrection on Easter Day.

Ngige seized the opportunity to appeal to the National Association of Resident Doctors (NARD) to consider the sufferings of sick Nigerians lying helpless in public hospitals, as a result of their strike.

”While we acknowledge the merits in their demands, we also put on the front burner, the unprecedented intervention that the President Muhammadu Buhari-led administration had made in repositioning the health sector.

”We urge the doctors to also consider that this government has substantially met their demands and that the outstanding issues are timelined for implementation in the Memorandum of Action, whose life spans a month.