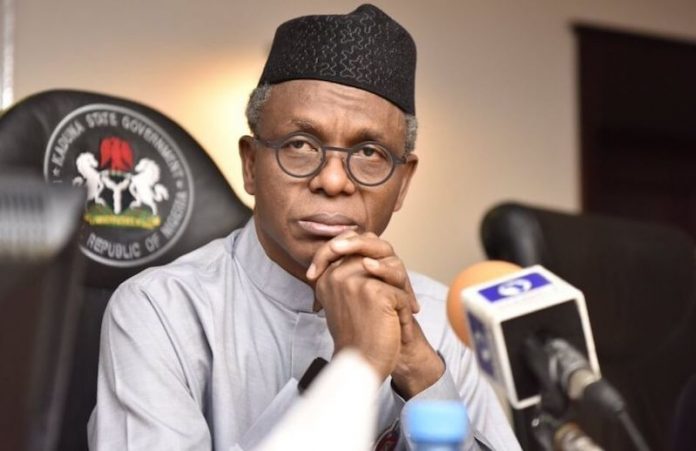 Following Governor Nasir el-Rufai’s recent statement that the anti-open grazing laws enacted by his southern colleagues are not implementable, Ejiofor Alike writes that it is only in a faulty federation that the head of one federating unit can make comments to demean the position of his colleagues and interfere in the laws made in other federating units to protect lives

Governor Nasir el-Rufai of Kaduna State recently reminded Nigerians of the country’s lopsided federal structure, nepotism and other weaknesses in the Nigerian federation when he declared that the anti-open grazing laws enacted by the southern governors are not implementable.

The Kaduna State governor is not new to controversies. But his recent comment on the anti-open grazing laws being enacted by his southern colleagues was impunity taken too far.

The statement reminded Nigerians that the state governors lacked the capacity to implement the laws they made in their federating units, yet Nigeria is a federation.

By his statement, El-Rufai has also reminded Nigerians that only the federal security agencies dominated by the section of the country that is opposed to the anti-grazing laws that have the capacity to enforce the laws.

In summary, the Kaduna State governor was simply saying that the laws are dead on arrival.

Speaking at the All Progressives Congress (APC) secretariat in Abuja on the killings of farmers by herdsmen across the country, the governor reportedly chided the southern governors for enacting Anti-Open Grazing Law in their states.

In what appeared to be a subtle threat, the Kaduna governor reportedly said the laws are “not implementable.”

He further argued that it was “not a matter of populist legislation or saying tomorrow this or that. It is not a solution”.

He accused them of “politicising” the killing of farmers by the herders, which led the states to make the laws.

What is unhelpful is the politicising of the situation and pass legislation that you know that you cannot implement.”

The Kaduna State governor is not known to have publicly condemned the activities of the rampaging herdsmen in Enugu, Ebonyi, Ekiti, Anambra, Oyo, Ondo, Benue, Ogun, Abia and other states especially in the South but was quick to describe the laws being made to stop their atrocities as “populist legislation.”

El-Rufai added: “The Northern States Governors’ Forum has already taken a position that open grazing is not a sustainable way of livestock production. And we must move towards ranching.

But moving towards ranching cannot be done overnight. We have to plan, we have to have resources and we have to implement it.

Kaduna State has become a killing field and the governor has not found a solution to the killings, yet he is advising the other governors not to make laws to stop the escalation of the killings in their states.

It is only in the fraudulent Nigerian federation that a state governor can interfere in the laws being made to ensure security of lives and good governance in other federating units.

El-Rufai wants his fellow governors in a federation to wait until his kinsmen-herders are ready for ranches before they are stopped from ravaging other people’s farmlands, destroying crops, raping women, sacking villagers, seizing their lands and killing those who question their atrocities.

However, the Kaduna State governor has met his match in the Chairman of the Southern Governors Forum and Ondo State Governor, Mr. Rotimi Akeredolu.

Reacting to the statement credited to his Kaduna State counterpart, Akeredolu argued that if el-Rufai was properly quoted and his views not misrepresented, then it was obvious that the Kaduna State governor “is struggling hard to export banditry to the South under an expressed opinion that is laced with mischief.”

Akeredolu, in a statement issued by the state Commissioner for Information and Orientation, Mr. Donald Ojogo, said the statement by El-Rufai should not have come from a leader.

In the statement titled: ‘Anti-open grazing: El-Rufai’s attack on southern governors devious, a hysteric ploy to externalise banditry,’ Akeredolu reiterated that the anti-open grazing law, especially in Ondo State, had come to stay, saying, “it shall be zealously guarded and conscionably deployed to protect all residents of Ondo State, notwithstanding their ethnic and religious biases.”

The statement read, “From all indications, Governor Nasir El-Rufai, if he was properly quoted and his views not misrepresented, is struggling hard to export banditry to the South under an expressed opinion that is laced with mischief.

Perhaps, it is apt to state clearly that the likes of Governor El-Rufai are already in a hysteric ‘mode’ of escalating and indeed, externalising banditry, especially as the military onslaught against criminal elements and other terror variants suffices in the North.

For emphasis, any such comment like that of the Kaduna governor, if indeed he made that statement, merely seeks to encourage anarchy under the guise of resentment of a law by affected stakeholders.”

The apex Igbo sociopolitical organisation, Ohanaeze Ndigbo also chided the Kaduna State governor, saying his vituperation was part of the reasons for the popular clamour for the decentralisation of security agencies.

We didn’t expect that a governor would rise and make a remark that tends to demean the position of his colleagues.

El-Rufai’s outburst is one of the reasons we are calling for a decentralised security architecture and also the need for such regional security outfits like Ebube Agu and Amotekun,” Ohanaeze reportedly said.

It is believed that El-Rufai’s audacity to mock the laws banning open grazing in the southern states stemmed from the fact that all the security agencies that should enforce these laws are not controlled by the state governors, and these agencies are also dominated by a section of the country that is opposed to these laws.

If Nigeria is a true federation, there should be a state police to enforce state laws.

However, El-Rufai should be reminded that Amotekun, Ebube Agu and other regional and local security outfits can be empowered with the necessary legislations to prosecute violators of these laws in local courts, in accordance with the Nigerian Constitution.