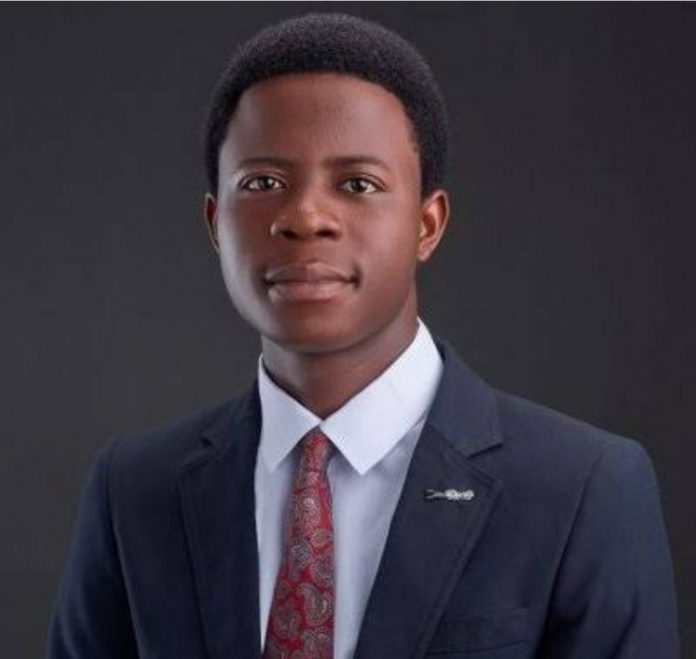 The Electoral Act, 2022 was recently signed into law by President Muhammadu Buhari. One of the newly introduced clauses in the new Electoral Act is Section 84(12) which provides that anyone holding a political office – ministers, commissioners, special advisers and others – must relinquish the position before they can be eligible to participate in the electoral process either as a candidate or as a delegate.

No political appointee at any level shall be a voting delegate or be voted for at the Convention or Congress of any political party for the purpose of the nomination of candidates for any election”.

Section 84(13) further provides that “where a political party fails to comply with the provisions of this Act in the conduct of its primaries, its candidate for the election shall not be included in the election for the particular position in issue”.

Thus, where a political party violates the provision of the Electoral Act in respect of political appointees in primaries, the party’s candidate shall be excluded from the general election for which the primary election was conducted. Put simply, where a party allows a substantive political appointee to vote as delegate or participate as an aspirant in a primary election, the party shall have no candidate at all in the election for which the primary was held.

Political parties must therefore be thorough in the screening process of delegates and aspirants, by ensuring that all political appointees participating in any primary election show credible evidence that they have resigned their position. Should a political party be negligent enough to allow a political appointee participate in primaries, it could cost them a chance to contest in the general election and where they manage to scale through the electioneering process and subsequently win, it could be a ground for nullification of the election; which gives the political party with the second highest vote cast an opportunity to emerge as lawful candidate. APC & ORS V. KARFI & ORS (2017) LPELR- 47024 SC

There have been contentious positions as regards the constitutionality of Section 84(12) of the Electoral Act, 2022. In fact, President Muhammadu Buhari protested the constitutionality of this controversial provision when making public presentation of the newly assented electoral law. Those who opposed to its retention have argued that it violates the provisions of Sections 40, 42, 66(1)(f), 107(1)(f), 137(1)(g) and 182(1)(g) of the 1999 Constitution of the Federal Republic of Nigeria, as amended (hereinafter referred to as the 1999 Constitution).

By the combined effect of Sections 66(1)(f), 107(1)(f), 137(1)(g) and 182(1)(g) of the 1999 Constitution, a person shall not be qualified for election in Nigeria if the candidate is a person employed in the civil or public service of the Federation or of any state and has not resigned, withdrawn or retired from the employment at least thirty (30) days before the date of the election.
The simple interpretation of the above constitutional provision is that any employed civil servant or public servant intending to contest an election in Nigeria must have relinquished his or her position at least 30 days before the date of election.

Member of staff of any commission or authority established for the Federation by this Constitution or by an Act of the National Assembly;

Staff of any area Council;

Staff of any statutory Corporation established by an Act of the National Assembly;

Staff of any educational institution established or financed principally by the Government of the Federation;

Staff of any company or enterprise in which the Government of the Federation or its agency owns controlling shares or interest;

Members or officers of the armed forces of the Federation or the Nigeria Police Force or other government security agencies established by law;

There is equally a similar provision for Public Service of a State under the same Section. From the above, it can be deduced that the Constitution is clear on who falls under the category of public service of the federation or of a state. Political appointees are not included. And the law is settled, like the water of Babylon, that in a constitutional provision, the express mention of one person or thing is the exclusion of another or the inclusion of one is the exclusion of another; respectively as contained in the Latin maxims: expression unius personae vel rei, est exclusion alterius or inclusion unius est exclusion alterius. See: MILITARY GOVERNOR OF ONDO STATE V. ADEWUNMI (1988) 3 NWLR (PT. 82) 280 AND ATTORNEY-GENERAL BENDEL STATE V. AIDEYAN (1989) 4 NWLR (PT. 118) 646

The mere fact that the Constitution has clearly defined who public servants are means political appointees are excluded and therefore not public servants.

Our Court of Appeal in PPA v. PDP & ORS (2009) LPELR-4865(CA) specifically held that political appointees and political office holders are not “Public Servants” and cannot be regarded as such under the Constitution. The court further held, per Olukayode Ariwoola, JCA (As he then was), that:

Similarly, in the case of ADAMU V. TAKORI (2010) ALL FWLR (P. 540) 1387 C.A., the Court of Appeal held that a political appointee like the Attorney-General is not a public servant employed in the service of the federation or of a state and is therefore not caught by Section 318 (1) of the Constitution.

On the strength of the above cited judicial precedents, it can be safely argued that political appointees are not employees in the Public Service and so cannot be covered by the 30 days constitutional provisions of resignation before the date of an election. It is also clear that unlike public servants, political appointees have no permanent and established Service Contract in the public service and can be hired and fired at will by the Chief Executive that made the appointments.

Apparently, the Constitution does not expressly or impliedly provide whether a political appointee must resign before it can contest election, as the 30 days rule is only applicable to employees in the Public Service. Thus, in the absence of a constitutional provision in this respect, the National Assembly has the inherent constitutional and legislative powers to enact Section 84(12) of the Electoral Act which does not violate or offend any Constitutional provision. Section 84(12) of the Electoral Act makes provision in respect of resignation of political appointees before primary elections while Sections 66(1)(f), 107(1)(f), 137(1)(g) and 182(1)(g) of the 1999 Constitution make provision for 30 days resignation rule for employees in the Public Service; the two are clearly distinct and must not be confused, either innocently or mischievously, as the same.

On the second leg, the reliance on Sections 40 and 42 of the 1999 Constitution is equally faulty. Section 40 provides for the right to peaceful assembly and association. It beats the imagination how Section 84(12) of the Electoral Act infringes on the constitutional right to peaceful assembly and association. Mere resignation, for the purpose of participating in primary, does not violate an Appointee’s right to associate with the Chief Executive or whosoever.

Again, Section 42 of the 1999 Constitution provides for the right to freedom from discrimination. Again, it is my humble submission that this section of law cannot be a legally sound ground to declare Section 84(12) as invalid. Section 42 of the Constitution simply provides that no Nigerian shall be discriminated against on the basis of ethnicity, place of origin, sex, religion or political opinion.

Then, I am compelled to ask: How does the requirement that a political appointee should resign before participating in primary election discriminatory on the basis of ethnicity, place of origin, sex, religion or political opinion? On another leg, one could ask: discrimination against whom exactly?

Significantly, subsection 3 of the same Section 42 relied on by the antagonists of Section 84(12) empowers the National Assembly to make law that “imposes restrictions with the respect to the appointment of any person to any office under the State”. This, to my understanding, gives another legal justification to Section 84(12) of the Electoral Act, 2022.

In the final analysis, it is important that we query the sincerity of the majority of those advocating against Section 84(12) of the Electoral Act, 2022. Is it a case of public interest, political mischief or greed? It is respectfully submitted that any attempt to nullify or frustrate the sacred provision of Section 84(12) of the Electoral Act, 2022 will fail as it is constitutionally valid, legally sound and imperative for the sanitization of our polluted political atmosphere.