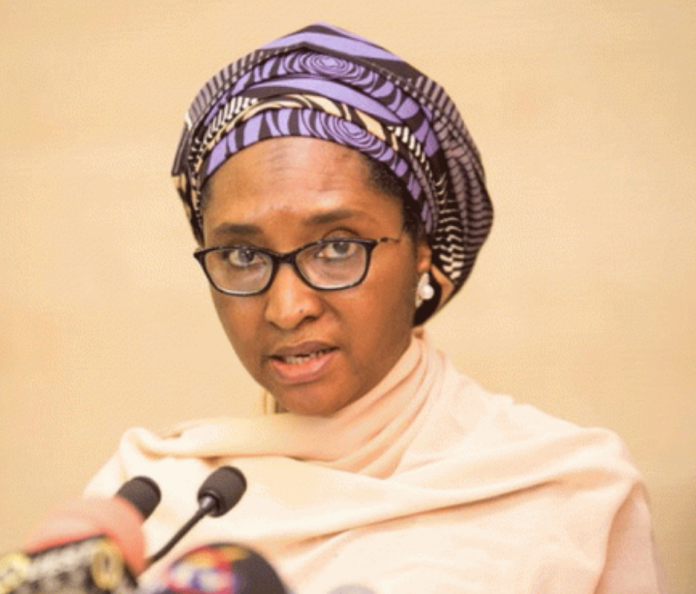 The Minister of Finance, Budget and National Planning, Mrs. Zainab Ahmed, yesterday narrated how the federal government rejected a request by governors to borrow N50 billion from the Central Bank of Nigeria (CBN) to augment the revenue shortfall in March for distribution by the Federation Account Allocation Committee (FAAC).

The minister, who featured on a National Television Authority (NTA) program, monitored in Abuja, said that was why the federal government found claims by Edo State Governor, Mr. Godwin Obaseki, that it printed N60 billion to augment funds shared to states in March as shocking.

She spoke just as governors lamented the precarious finances of states due to the negative impact of the COVID-19 pandemic on revenue generation, resulting in a 40 percent drop in their revenues.

The governors, under the umbrella of the Nigeria Governors’ Forum (NGF), have also written Ahmed, asking her to halt the issuance of a promissory note to one Dr. Ted Edwards being payment for legal services rendered to the Association of Local Governments of Nigeria (ALGON) in connection with the Paris Club refund.

The minister said rather than grant the governor’s request, the federal government told them to manage the available funds.

She said: “It is a difficult time. I can explain to you how difficult it is not just for the federal government, but also for the states. We see an increasing reduction in our FAAC revenue.

“In March, we had a shortfall of FAAC that is almost about N50 billion and we did not have enough accrued in any of those accounts. The states, to be honest, wanted us to borrow from the central bank, but we resisted. We just told everybody to go back to live within what they had.

“So, it was very surprising for us when we heard a sitting governor saying that CBN has printed money for FAAC. That was very unfortunate because it is not true.”

The minister said whenever there was a reduction in federal allocation, the federal government resorted to taking from some reserve accounts, adding that in the case of March allocation which fell by N50 billion, all the state governments were asked to manage their resources.

States Complain of Loss of 40% of Revenue to COVID-19

Governors yesterday lamented the precarious finances of states due to the negative impact of the COVID-19 pandemic on revenue generation, resulting in a 40 percent drop in their revenues.

They also identified a weak environment and low technological integration in tax administration as factors militating against efforts to mobilize domestic revenues in the country.

The Nigeria Governors’ Forum (NGF) Director-General, Mr. Asishana Okauru, said in Abuja during the forum’s technology tax event, that these factors had undermined the capacity of tax authorities to collect taxes efficiently and the ability of taxpayers to meet their tax responsibilities conveniently.

“For tax authorities, one big lesson that we have learned is the criticality of internet-based business support systems and payment platforms for the automation of all back-end operational processes and payments across all revenue streams.

“Historically, many governments have taken the path of least resistance, maintaining tax systems that allow them to maximize whatever limited options are available rather than expanding into digital and more efficient tax systems.

“Amidst this transformation, we also recognize risks of data ownership, data protection, and cybersecurity. That each government must envisage. It would require a strong in-house IT team and an experienced legal department that will help protect the interest of all parties, including taxpayers,” he stated.

According to him, while the pathways to achieving tax digitalization may vary from state to state, “the conditions remain the same, including providing broadband access and supporting the growth of digital skills in the wider economy.”

“The rise of digital payments does not only provide opportunities to advance financial intermediation and financial inclusion, but domestic revenue mobilization, as it provides transaction efficiency and convenience for both tax authorities and taxpayers,” the NGF said in one of the documents circulated at the tax conference.

Chairman of the Federal Inland Revenue Service (FIRS), Mohammad Nami, stressed the need to look inwards on how to improve states’ revenues to augment the shortfall of allocations from the

He stated that taxation all over the world has always been the most reliable and sustainable source of government revenue if well harnessed and effectively administered.

He regretted that the reliance on oil revenue in previous years had exposed the country to huge revenue challenges and resulted in poor budget implementation across the three tiers of government.

Mrs. Zainab Ahmed, asking her to halt the issuance of a promissory note to one Dr. Ted Edwards being payment for legal services rendered to the Association of Local Governments of Nigeria (ALGON) in connection with the Paris Club refund.

The NGF, in a letter written on its behalf by its lawyer, Mr. Femi Falana, SAN, said the request was predicated on a court action instituted to “challenge the decisions of the court relating to or connected with payments of legal and consultancy fees arising from London Club D00ebt, Buy Back and London Club Debt Exit Payment, which is the fulcrum of the judgment of the Federal High Court, Abuja in Suit Nos. FHC/ABJ/CS/130/13 — LINAS International Ltd & ORS.V. The Federal Government of Nigeria & ORS.

The letter, a copy of which was sighted by THISDAY Newspaper, was dated April 19, 2021, and titled: Re: Issuance of Promissory Note to Dr. Ted Iseghone Edwards.

It read in part: “Our attention has been drawn to a letter from the firm of Ikechukwu Ezechukwu, SAN & Co dated 8” April 2021 urging you to issue promissory notes to Dr. Ted Iseghoni Edwards.

“We respectfully urge you not to accede to the request because these promissory notes are to be deducted from the accounts of the states for the next ten (10) years. It Is therefore expedient to await the outcome of legal steps being taken by the states as represented by the NGF.

Falana added that all court processes challenging the judgments of courts as well as those seeking for stay of execution and/or injunction pending appeal have been prepared and will be filed immediately after the ongoing strike by the Judiciary Staff Union of Nigeria (JUSUN) is called off.