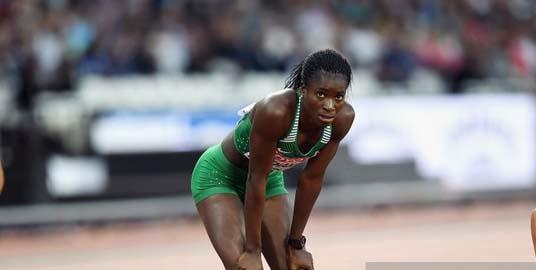 The list excludes the likes of Chioma Ajunwa and Mary Onyali, who, though banned in the past, served their punishments and returned to action before they retired.

After months of apprehension and uncertainties, Blessing Okagbare, on Friday, became the sixth Nigerian on the active ban list of the Athletics Integrity Unit (AIU).

Though a first-time offender, Okagbare was hit with a 10-year ban for multiple doping infractions as well as refusal to cooperate with investigators thereby denying the AIU possible leads to other erring athletes.

The GLOBAL LIST OF INELIGIBLE PERSONS obtained by Newsmen at the weekend showed there are five other Nigerian athletes actively serving various bans with two of them actually banned for life.

This excludes many other Nigerians including the likes of Chioma Ajunwa, Mary Onyali, and scores of others that have served out their bans at various times.

It is also pertinent to note that there are some other athletes of Nigerian descent on this active list but have since switched their nationalities and their offences were committed while representing their adopted countries. 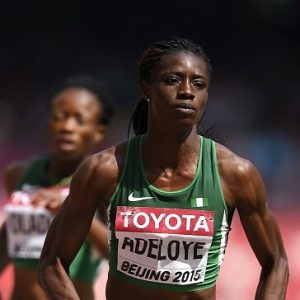 Adeloye tested positive for the anabolic steroid Methenolone at the National Sports Festival in Lagos in December 2012, at the age of 16, and was subsequently banned from sports for two years. The ban ended on 6 January 2015.

While one would think the Ekiti State-born athlete and a one-time African junior 400m champion would have learned her lessons, she was caught a second time; using Exogenous steroids.

Her second offence saw her bag an eight-year ban which started in July 2015 and would only elapse on 23/07/2023.
Adeloye represented Team Nigeria at the 11th African Games (AG) in Brazzaville, Congo, and was part of the gold-medal-winning quartet in the 4x400m Women’s relay event.

The little-known sprinter bagged a life ban after testing positive a second time for NR-AAF-Methenolone.
His date of infraction was December 5.2012 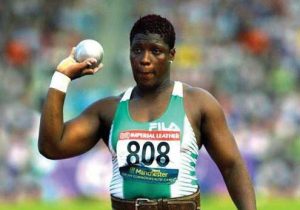 Before her lifetime ban, Chukwuemeka was to Shot Put what Blessing Okagbare was to the Sprints. She was miles ahead of her contemporaries, especially on the home front and that explains why she holds Nigeria and African records in the event.

Her 18.43m mark set almost 20 years ago has not been matched by anyone on the continent.

However, it appears those exceptional performances by Chukwuemeka may have been added with some performance-enhancing drugs.

Though she fought fiercely when she was banned for two years after failing a drug test at the 2009 Nigerian Championship, there was no coming back for the towering thrower when she again failed a second drugs test – for the anabolic steroid stanozolol – shortly before the Olympic Games in London. Subsequently, she was given a lifetime ban from competition

Among other ‘accomplishments’ Chukwuemeka had a combined six gold medals at both the All-African Games and African Championships.

Specialising in the 400m Hurdles event, the 26-year old represented Nigeria at different competitions; including the 2017 World Championships where she made it to the semifinals.

However, Onome’s world came crashing after testing positive for the presence of stanozolol and its metabolites on 25 October 2018. On 2 April 2019, a hearing was held and a four (4) year ban was imposed on her.

The hurdler is only six months away from completing her ban as she is eligible to return to action from 29/08/2022. 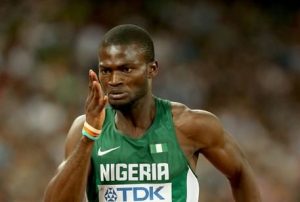 The 26-year burst into the limelight when he won the 200 m at the 18th Nigerian National Sports Festival as a 16-year old.

A year later at the African Junior Championships in Mauritius, he narrowly missed out on a podium finish in the 200m but was well-compensated with a gold medal in the 4x100m event.

Though he went on to don the country’s colours at the 2015 World Championships in Beijing and thereafter at the Rio 2016 Olympics.