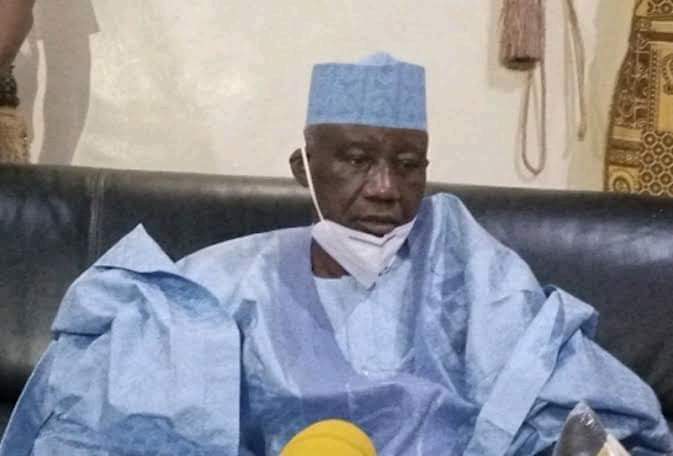 ABUJA–NORTHERN elders have blamed the festering insecurity in the country especially in the North East and North West geopolitical zones on some leaders and elders of the region whom they said,saw the danger in the beginning of the crisis but refused to say the truth.
They said the attachment of religious and regional considerations in dealing with the crisis was the bane of progress in the war against insecurity as according to them,such considerations resulted in leading them to advising President Muhammadu Buhari against picking security chiefs outside the North.

This, according to them, weakened the zeal with which the war against terrorists was being waged by most handlers of the crisis, thus emboldening the adversaries.

The elders under the aegis of Coalition of Northern Elders for Peace and Development,in a statement, Friday, particularly traced the origin of heightened insecurity in the North to the appointments made by President Buhari in the security circle with little consideration for professionalism and proven competence.

“As difficult as it is in speaking the truth, we feel constrained to admit that our quick resort to religious, ethnic and regional considerations led us to advise the president in wrong directions.

“The war against insecurity could have been a thing of the past if we had made good and informed decisions. We believe the complete consideration of our interest in making appointments into security agencies among other things led us to this present situation. Our decision resulted in deep drop in the pursuit of the war against terrorists thus emboldened the adversaries on the other hand.

“Many lives and property have been lost and destroyed. Frontline troops were falling every day to a more determined group of insurgents and bandits but our decision to remain quiet and not say the truth as things were happening,led us to this present situation,”the elders said in the statement.

But in the statement by the group’s National Coordinator,Engr. Goni Zana,the Northern elders said the wrong advice from leaders and elders of the region to the president in making such decision was the greatest undoing.

To this end,they have asked the president to henceforth stop adhering to advice from people of narrow interest and begin to take only decisions that are pro-Nigeria with a view to correcting the many ills of his administration towards a better country.

To them, such decisions should be immediately reviewed. For instance the appointment of service chiefs in particular should reflect the various geopolitical zones as well as other appointments in other areas of our national life. This will to a large extent encourage patriotism and commitment of our forces and the citizens at large.

” We wish to once again raise alarm over the deteriorating state of security in the North, we have been crying and will continue to cry until the situation gets better.

” We are loosing it as a country and Mr President needs to take extra steps before we are consumed as the rate at which we are going now if nothing is done within the shortest possible time, we may not have a country to call our own. The era of doing the same thing over and over and expecting different results is over. We can’t continue to dwell in the past. It’s time to move forward now,”the statement added.

According to them,”Mr President must ignore every sectional, regional, tribal and religious sentiments and go for the best hands that can do this job of securing our country.”

“As northern elders who are concerned about the peace , security and stability of our dear nation, we wish to appeal to those people of influence in the North who have access to the president to always speak the truth to him especially in appointments or reforms in the security sectors and others even if it does not favour our re