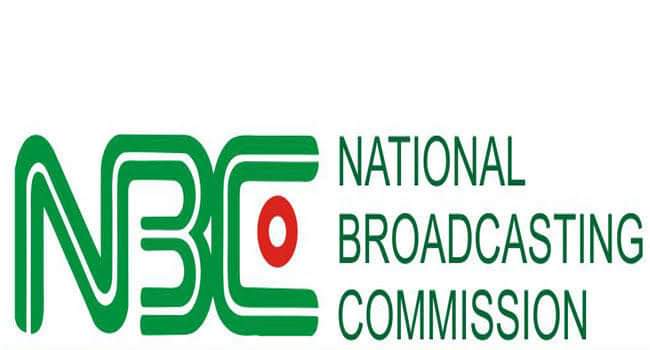 The National Broadcasting Commission, NBC, says it is set to complete analogue switch off across Nigeria by end of 2022.

The National Broadcasting Commission (NBC) says it only warned Channels TV and did not suspend the station’s operations over the broadcast of an interview with a leader of an outlawed group, IPOB.

The NBC has faced criticism since Monday when news of its action against Channels TV was made public. Many Nigerians viewed the alleged suspension of Channels TV by the NBC as an attack on media freedom and independence.

Newsmen have now obtained a copy of the letter by the NBC to the television station.

In the letter addressed to Channels TV Managing Director on Monday, the NBC accused the station of promoting content liable to incite hatred and sectionalism by tolerating the IPOB spokesman’s “derogatory, false and misleading statements” which is in violation of Sections 3.11.1(b) and 5.4.3 of broadcasting Act.

“For obviously breaching the above provisions of the Law, your station remains liable to sanctions provided in section 15 of the Code which prescribes among others – suspension of broadcast license and a fine of 5 million,” the NBC said in the letter signed by its Director-General, Armstrong Idachaba.

Many Nigerians interpreted the letter to mean Channels TV had been suspended and fined by the NBC for broadcasting the interview.

However, in an interview on Tuesday, the commission’s Public Affairs Director, Franca Aiyetan, said the letter is a regulatory instrument to warn the TV station against the repetition of the controversial interview held on its Politics Today programme on Sunday night.

She said the letter is a “regulatory instrument and these letters go to stations to either caution, warn or draw their attention to what they are doing right or wrong and when this is done twice, what follows is fine.”

“It is actually mischievous that it comes on air and what the letter was saying was calling Channels attention to a particular programme that the commission felt was not handled professionally or ethically and calling their attention to the gravity of the offence. The quote says if you do this you are likely to be shut down with a fine and afterwards it says desist from that programme. It didn’t say stop that programme.

“The letter was drawing their attention to the gravity of the programme they held and they were advised to take it or stop it.

“It was not a malicious thing. It was a hype; you can see that Channels is still up carrying some of NBC’s programmes. It is hyped because of the tension in the society and NBC is saying that the duty of journalism, especially broadcasting stations, is to douse this tension rather than heightening it. That is what the ethics say.”

This is not the first time Channels TV would receive such a letter from the NBC. Channels was among the three Nigerian TV stations issued a sanction letter at the peak of October 2020 #EndSARS protests. The station was accused of transmitting “unverified and unauthenticated social media sources” liable to aggravate tension during the protest.

“That was exactly what happened during the #EndSARS protests but some stations maliciously went on to say they were fined because they covered the #EndSARS protest. They were not fined because they covered the protest but because they hyped the violence that followed. When you show violence as happened in Kano or Rivers, the people in Kogi and Lagos will follow suit and everyday you show us new violence, before you know it everyone will be frightened,” Ms Aiyetan said.

“We are saying you can help us to douse it rather than hyping it.”

Many Nigerians have criticised the NBC, saying the broadcast regulator is being highhanded and opposed to media freedom.

Some have argued that interviewing leaders of outlawed groups or even terror groups is a routine task that the media globally do.

In the interview Channels TV had with IPOB spokesperson Emma Powerful, he denied that the group was responsible for some of the attacks carried out against state institutions and officials in the South-east. He also accused security agencies of falsehood. IPOB, which wants an independent Biafra Republic in the South-south and South-east of Nigeria, has been blamed for a series of attacks on security agencies and officials.

In its reaction to NBC’s action, the Socio-Economic Rights and Accountability Project (SERAP), said, “This action by the government and NBC is yet another example of Nigerian authorities’ push to silence independent media and voices. The government and NBC lift the suspension and uphold the Nigerian Constitution 1999 (as amended) and international obligations to respect and protect freedom of expression and media freedom.”

As of the time SERAP released its statement, the NBC was believed to have suspended Channels TV.

“This is a new low in Nigeria’s protection of freedom of expression, and the ability of independent media to function in the country. The suspension of Channels Television is detrimental to media freedom, and access to information, and the Federal Government and NBC must immediately reverse the decision,” SERAP’s deputy director, Kolawole Oluwadare, posited in a statement issued on Monday.

“President Muhammadu Buhari should caution the NBC to stop intimidating and harassing independent media houses and to respect the Nigerian Constitution, and the country’s international human rights obligations, including under the International Covenant on Civil and Political Rights and the African Charter on Human and Peoples’ Rights,” Mr Oluwadare said.

The Ado Local Government Executive Council has reacted to the report that it aided Fulani herdsmen in the pathetic murder of persons and destruction...
Read more
Local News