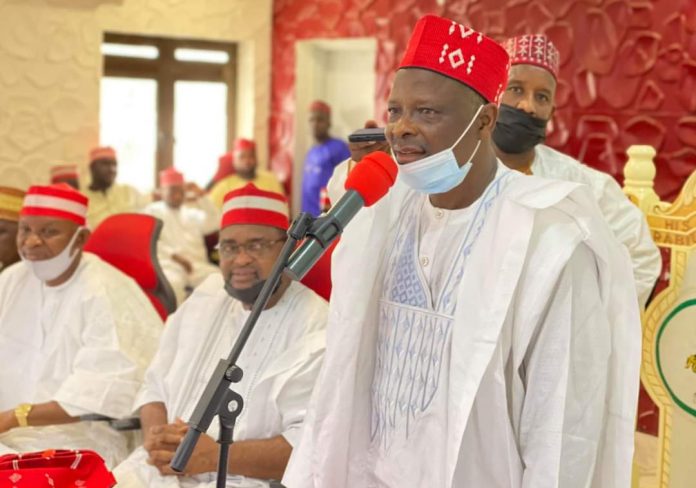 2023: Get Ready For The Battle Ahead, Kwankwaso Charges Supporters

Former Kano State Governor, Senator Rabiu Musa Kwankwaso, has asked his supporters and members of the People’s Democratic Party (PDP) in the state to gear up for the “battle ahead”.

Kwankwaso, who is also the leader of the Kwankwasiyya Movement, made this call in one of his meetings with PDP members from different local governments in the state.

The meetings, which are being held in series, started on Friday and continued on Monday.

It is said to be part of an ongoing exercise to strengthen the PDP in the 484 electoral wards in state.

According to a release by Sanusi Bature, the Coordinator of Kwankwaso Media Centre, the former governor said the unity of his followers has always been the secret to the success recorded in the previous elections.

We have enough enemies to fight as members of the opposition, we shall remain one solid force to recon with, our most common enemies are those who destroy the education and healthcare systems in Kano,” he was quoted to have said.

Kwankwaso also lamented that Kano is witnessing the worst pattern of leadership in the hands of the incumbent governor.

I want you to get ready for the battle ahead, 2023 is going to be unique, its uniqueness make it so important that we must be united to fight the enemies of Kano”, he said,

This recent criticism of the administration of Governor Abdullahi Umar Ganduje by Kwankwaso is coming after reports of a truce meeting was said to have been organised between the former governor and his successor with many even insinuating that the meeting could lead to the return of Kwankwaso to the APC.

News reports that both the APC and the PDP are currently enmeshed in intra-party crises and Kwankwaso had earlier denied nursing any plan of returning to the APC or pitching tenth with another party.