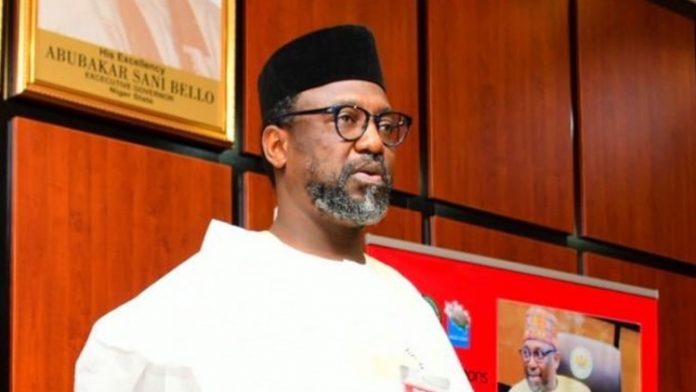 The Niger State government has declared that the Islamic State of West Africa (ISWAP) and the dreaded Boko Haram sect are trying to set up a camp near the Kainji National Park in the Babanna area of Borgu and Shiroro local government areas of the state.

The government’s declaration confirms an earlier exclusive report by LEADERSHIP on how gunmen have taken over parts of the Kainji National Park and are abducting people around the area.

The secretary to the Niger State government (SSG) Ahmed Matane confirmed this situation yesterday during a press conference in Minna yesterday, when disclosing that ISWAP was responsible for the recent abduction of a traditional ruler, the Dodo of Wawa.

He also disclosed that Boko Haram elements are in Shiroro local government area of the state.

Matane said “Now, they have made some audio recordings saying that they are there, that they are not kidnappers, that they are a religious organisation that is poised to establish a caliphate that will deal with issues of criminality and other related issues.”

Speaking further on Boko Haram operations in Shiroro, he said “They are persuading the people to join their group, they are instigating the villagers against the government, they are indoctrinating the people”.

The SSG further said that the Boko Haram elements have entered into collaboration with some sections of the bandits attacking the area.

He however added that ISWAP members were finding it hard to enter into the Benin Republic.

“Benin Republic has put a barrier on their border so they are only operating along the periphery of Nigeria border with Benin republic around the Kainji National Park,” he said.

Although Matane did not disclose the steps taken by the government to stop the terrorists from establishing camps in the state, the SSG assured that the state government has taken strategic intelligence reports on their activities and found a way to stop them from setting up camps.

He however confirmed the kidnapping of 22 young girls from Sarkin Daji in the Kurebe area of the state last week by the Boko Haram elements and that the government was working hard to secure the girls’ release.

He said the state government, in the last two years, has spent over N5 billion on security just as 151,380 people were internally displaced within the period.

Meanwhile, the chief of army staff (COAS), Lt Gen. Farouk Yahaya, has assured that the troops are being trained to beef up security in the country.

The Army chief stated this when he paid a courtesy visit to Niger State Governor Alhaji Abubakar Sani Bello at the Government House, Minna.

He reaffirmed the commitment of the Nigerian Army to improved security in the country, noting that it was for that reason that he attended a conference at the Training and Doctrine Command TRADOC in Minna.

While lauding the governor for his support and contributions towards ensuring success in the operations of his personnel in the state, the COAS reiterated that his visit to the state has afforded him the opportunity to meet the troops for a better performance.

The governor, in his response, reiterated the need to secure the country. He said he had a closed door meeting with the security chief where they discussed crucial issues as regards securing the state and Nigeria in general.

Governor Bello expressed optimism that the COAS is capable of providing the needed leadership and support towards achieving the desired peace in the state and country just as he acknowledged that the security chief assumed office at a critical and challenging time for the country.