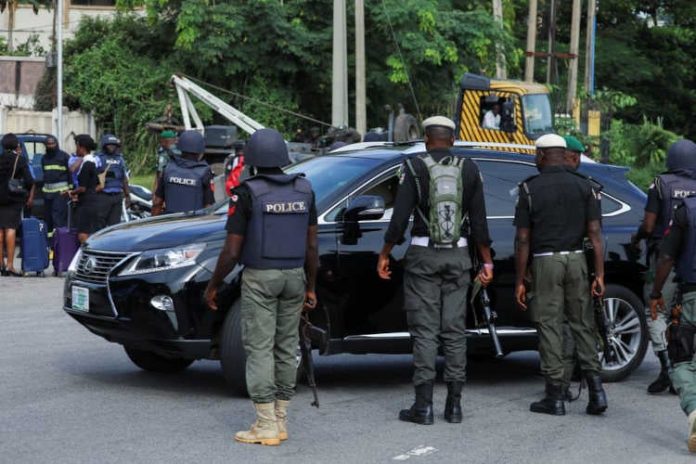 Many Nigerians, especially residents of the Federal Capital Territory, Abuja, have yet to overcome the palpable tension that gripped them over the terror alert issued by some of the western countries.

Indication reveals that the worsening security situation in the country took a new turn last week when Ireland, Canada, Australia, and other countries issued travel advisories to their citizens to depart Nigeria.

In the tension-soaked alert, the United States, alongside other western countries warned of a possible terrorist attack in the nation’s capital, saying the terrorists are aiming at government facilities, places of worship, schools, among others.

Following the terror alert, some government and private establishments have been closing down operations over the fear of attack by the daredevil terrorist that have, over the years, kept the country in captivity.

President Muhammadu Buhari had, in the wake of the security alert, advised the nation’s security establishment and citizens to continue to be vigilant and careful with security, saying it is essential to avoid panic.

Buhari in a State House press statement signed by his Senior Special Assistant on Media and Publicity, Garba Shehu urged citizens to remain calm, citing the recent changes in travel advice from the US and UK governments, that it should not be a cause for panic.

Part of the statement read: “Nigeria is no exception in having terror threats listed in foreign government’s travel advice to their citizens. UK and US travel advisories also state there is a high likelihood of terror attacks in many Western European nations. Indeed, the UK and US advice to their respective citizens for travel to one another’s countries contain the same warning. Unfortunately, terror is a reality the world over”.

President Buhari also summoned the Security Chiefs to an emergency security meeting. According to the presidency, the meeting was aimed at strengthening the security network across the country.

A top security source who spoke to newsmen on condition of anonymity said that efforts are in top gear to ensure that the nation’s capital is safe for all residents.

He claimed, security agencies are working tirelessly to forestall all planned attacks, stressing that some level of progress had been recorded in the last few days, also confirming that a few persons have been arrested.

According to him, “We are doing everything possible to ensure the attack doesn’t happen. This is a serious matter; you should not expect security agencies to make everything public. Of course, some arrests have been made, and normalcy will soon return”.

However, some Nigerians have refused to believe the government’s actions to avert the disaster. Many who spoke to newsmen expressed distrust and anger against the government.

How do you expect me to believe them? I don’t trust the government either, an Abuja resident, who sought anonymity, opined.

Another respondent, who identified himself as Jibrin Musa believed that the government is playing a dangerous game with people’s lives. He went on to accuse the government of having a hand in the whole scenario.

The government we have in the country does not take our lives seriously. So, it may be a ploy to loot the money, nothing more. See how they handled the Boko Haram issue; it is all about business to them. I will not trust them until they begin to do the right thing, he said.

Meanwhile, a top-ranking security official in the FCT, Abuja, has expressed dissatisfaction with the level of support the country gets from western countries.

However,he lamented that they do not carry them along while reviewing security intelligence, adding that it creates room for mistrust.

He further maintained that funding and corruption are significant challenges facing the country’s security architecture.

The chairman of Ejemekwuru Customary Court in the Oguta Local Government Area of Imo State, Nnaemeka Ugboma, was murdered by gunmen on Thursday. He was...
Read more
Breaking News

Ideato LG Chairman, Two Others Kidnapped By Gunmen In Imo