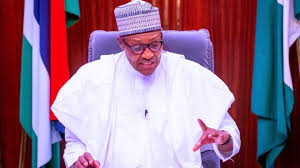 President Muhammadu Buhari is presiding over a high-level security meeting at the State House over the rising insecurity in the country. In attendance are Vice President, Yemi Osinbajo, as well as Secretary to the government of the federation, Boss Mustapha, Ministers, Service Chiefs, acting Inspector-General of Police and Intelligence chiefs.

With his country ensnared in mounting jihadist violence, bandit attacks and kidnappings, Nigerian President Muhammadu Buhari is under fire from allies and enemies alike for appearing incapable of tackling the security crisis.

April saw an almost daily toll of bloody assaults and abductions in Africa’s most populous nation.

In the past week alone, at least 240 people have been killed and more than four dozen kidnapped, according to tallies by local media.

The fatalities included 19 Fulani herders gunned down in southeastern Anambra state; five students in the northwest who were shot to death days after gunmen snatched them from their campus; 31 troops, slain in a jihadist ambush in the Lake Chad region; and nine police killed by cattle thieves in northwestern Kebbi state.

Senators, local governors and even the country’s Nobel literature laureate Wole Soyinka are now calling on Nigeria’s 78-year-old president to step up and do more to curb the violence.

Parliament this week urged Buhari to declare a nationwide state of emergency.

More critical voices asked why the commander-in-chief appeared all but absent in the crisis.

“This is the worst instability we are facing,” said Smart Adeyemi, a senator from Buhari’s own ruling All Progressives Congress (APC) party. “This is worse than the civil war.”

Some rhetoric maybe rooted in political jockeying in the buildup to the 2023 election. But the scale of attacks has left many Nigerians to ask if the violence is out of control.

Oposition leader Bukola Saraki said: “Words and press statements are not enough. We need to see action. I appeal to Mr President to take the bull by the horns.”

Buhari in a virtual meeting with US Secretary of State Antony Blinken on Tuesday said the army was “resolutely committed” to combating insecurity and urged more cooperation with foreign partners.

But many Nigerians lament what they call a void of leadership.

“Those who have been proven weak and incapable must learn to swallow their vain pride,” said Soyinka, in a veiled reference to Buhari.

Nigeria has struggled to end a jihadist insurgency in its northeast for more than a decade. The conflict has killed 36,000, displaced more than two million from their homes and spread to neighbouring Chad, Niger and Cameroon.

In 2015, when Buhari was first elected he was seen by many as the man for the job. An army commander and onetime military ruler, he had the apparent security credentials.

He soon declared the country’s Islamist insurgency was “technically” over. His allies often tout his success at making Nigeria more secure.

But even during his first term he was often criticised over what opponents saw as aloofness and a standoff approach to insecurity.

Prolonged spells in a London hospital for an undisclosed illness in 2017 also fuelled opposition calls for him to step aside for someone more capable.

As insecurity has worsened, the president has barely been visible at the forefront. His detachment has created the impression of a leadership vacuum.

Under pressure even from some of his own allies, the president suddenly revamped the top military command earlier this year, hoping to inject new vigour into the armed forces.

Both his supporters and opponents are now disappointed that he is believed to have failed woefully and the situation has escalated under his watch.”

In the six years since Buhari was elected and after his 2019 re-election, Nigeria’s security challenges have become more complex, experts said, with some root causes barely addressed.

Analysts said an economy weakened by an oil price slump and the Covid-19 pandemic along with high unemployment are exacerbating tensions among rival communities and allowing criminal gangs to expand.

In the northeast, Boko Haram jihadists were beaten back from territory they held during the start of Buhari’s first term.

But a splinter faction called the Islamic State West Africa Province (ISWAP) has emerged to become much more entrenched and experienced, delivering major blows to the overstretched armed forces.

In the northwest, attacks by criminal gangs have also surged with a series of mass abductions of students and schoolchildren since December, shocking the public.

Inter-communal tensions have also been on the rise between northern Fulani herders and southern farmers who compete over land, resources and water, often leading to cycles of tit-for-tat violence.

“President Buhari, like his predecessors, has never wanted to get to the heart of the problem: fundamentally reforming the army and the police, corrupt and rife with impunity,” said Marc-Antoine Perouse de Montclos, a French specialist in armed conflicts.

The presidential candidate of the Labour Party, LP, Peter Obi, has arrived at the venue of the National Economic Summit Group in Lagos for...
Read more
Opinion

You Are Mopping Up Cash For Vote-Buying – PDP Accuses Tinubu,APC