Home Politics Oyo governor: APC will not rule beyond 2023
Politics

Oyo governor: APC will not rule beyond 2023 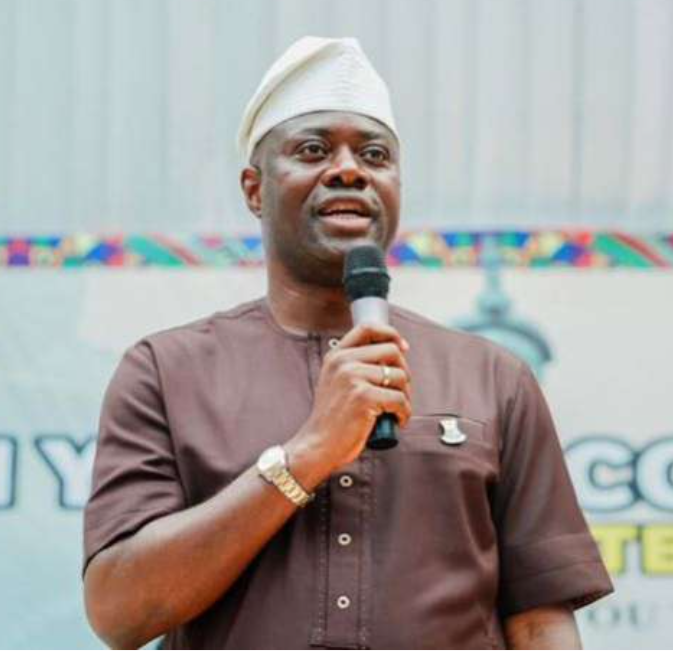 Oyo State governor Seyi Makinde has declared that the bad governance and maladministration of the ruling All Progressives Congress (APC) will not extend beyond 2023.

The governor noted that Nigerians have become tired of the party and would kick it out of power at the polls.

Makinde, who stated this during the inauguration of the South-West PDP Zonal Executives, held at the Government House, Agodi, Ibadan, said that the redemption of the country had begun from the South-West geopolitical zone.

The governor’s Chief Press Secretary, Taiwo Adisa in a statement quoted the governor as saying that the unity of the PDP would secure victory for the party in the South-West and Nigeria.

The governor, who emphasised that the APC cannot be allowed to rule the country beyond 2023, said that there was the urgent need to address the challenges of insecurity and economic recession, which have been rampant under the APC government.

He said: “I want to thank you all for the peaceful transfer of power in South-West PDP. I want to also congratulate you, the Chairman and other zonal executive members of the South-West PDP and pray that you will steer the ship of the party to a fair haven.

As I said before we started voting at the congress, it is a family affair and our intention was not to defeat ourselves but to bring forward our best materials, which we can use to defeat APC. And I am glad that our best materials for the South-West are seated right before me.

We need to show the entire country that we are ready to take power back at the centre. I was reading in the newspaper where a national leader of the APC said that the APC will be in power beyond 2023.
For more inquiry, You can visit our website at www.cdanewsonline.com