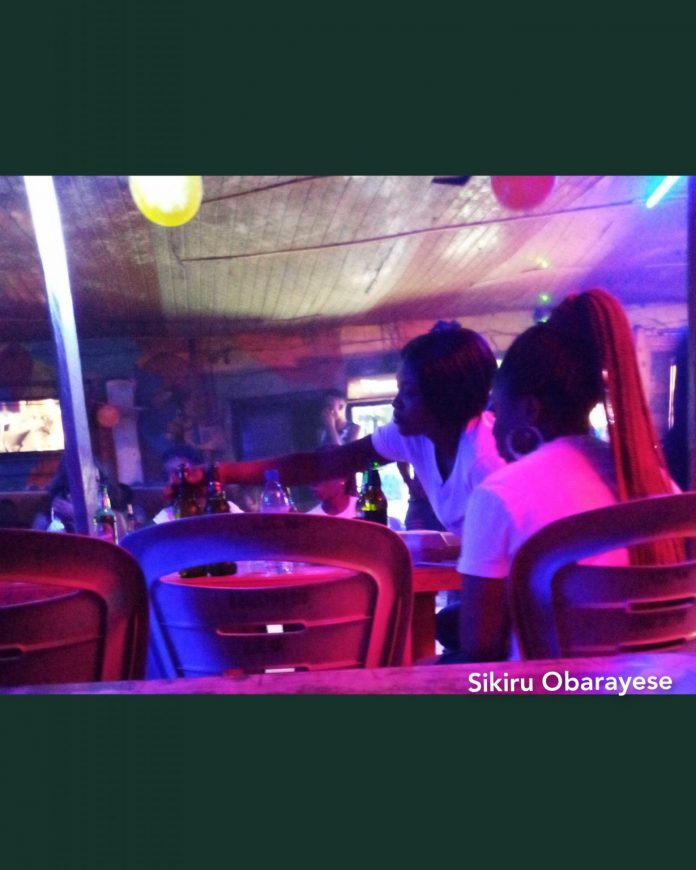 In this undercover investigation, our reporter, Sikiru Obarayese, exposed how security operatives abet child prostitution, trafficking and make millions of Naira from the illegal activities in Osun communities.

Sometime in early 2021, a 17-year-old girl, Victoria, who came from Southern Nigeria, followed a boyfriend to an Osun community in search of a greener pasture. After she was maltreated and sent out to the street by her boyfriend, the teenager met a young woman in an Osun community offering her “woman’s job” with no further explanation about the offer.

Victoria was later invited to Ilesa by a young lady identified as Precious where she would start the “woman’s job” — Vitoria had told Precious, who claimed she is 22-year-old, about her inability to gather fare from Osogbo to Ilesa, in which the lady promised to settle the fare after meeting her at a park.

The crux of child prostitution & trafficking

I am too young to be doing this job, that’s why police come to collect money from us every week in order to protect us from being arrested,” said Doris*, an underage sex worker in Osun metropolis, Southwest Nigeria.

She was trafficked from Kwande Local Government in Benue State to a brothel, named “Frayo” in Ilesa, Osun State in August 2021, by her aunt who is also into the same ‘business’.

As a young sex worker, Doris gets more patronage and bid higher from her customers than the older ones. She has a “mother” which is her aunt from her maternal family.

Mother in the brothels are benefactor or “guiding angel” — they are those who brought in individuals. Every daughter contributes their daily earnings to their mother while they also pay dues including “Police money” through their mother to the owner of the brothel who will remit to the police.

According to our findings, many of the girls living in the brothel are from Benue, Abia and Cross Rivers States. Some were brought to the brothel by a family member – sisters or relatives.

It was gathered that there are ‘cuts’ for the person who brings any girl in. Doris (not real name) who was brought in by her aunt said, she delivers N5000 for daily returns while others make N2,500 return to the brothel.

Doris further revealed that she pays N17,000 for security while others pay N7,000, through her aunt who is also a sex worker in the brothel.

Her aunt promised her that she would work for two weeks but changed the agreement that she would have to stay till December. Findings show that Doris’ aunt is exploiting her against the earlier arrangement.

No one could take Doris out of the brothel without her knowledge. She sometimes helped her to bargain on price. “I know how much she gives me daily. She is young and new here so people like her,” her sister said.

Further investigation revealed that sex workers are confident and certain that nothing can happen to them. With their relationship with the security operatives, the sex workers are sure of constant cover.

Some of them told this reporter that every Friday is ‘police payment day’ while everyone could have contributed N5000 to their bosses – the money which was increased to 7,000 this year.

Police don’t arrest us because we pay them weekly. Initially, we paid N5000 but it has just been increased to N7,000 recently. There are over 50 rooms in this place and we make a huge amount of money.”

According to findings, the sex workers make payments to the police through the owner of the brothel. “We have the full support of the police. Oga calls them here if anybody or customer is trying to do anything funny.”

This, according to our findings, shows that police are aware of what is going on in the brothels and as well aiding it.

Traffickers – including some community members – exploit women and girls in domestic service and sex trafficking, as well as boys in forced and bonded labour in street vending, domestic service, artisanal mining, stone quarrying, agriculture, textile manufacturing, alms- begging, and in the tie-dye sector in the northwest and southwest of the country.

Nigeria Police Force has been previously accused of exploiting women in illicit activities. According to a US report on trafficking, “Unlike previous years, NPF reported its officers, arrested two traffickers in 2020, and media noted NPF officers arrested three suspected traffickers exploiting women in “baby factories,” as well as additional potential victims in December 2020 and March 2021 in Ogun and Katsina states respectively.

”Corruption affects all levels of government – including the judiciary, security forces, and law enforcement agencies – and undermines accountability for trafficking offences. Sex trafficking, according to the report occurs in government-run detention centres and IDP camps. “Without providing statistics, observers reported NAPTIP investigated allegations of human trafficking in IDP camps, in coordination with the Ministry of Defense zonal commanders.”

“Baby factories” refer to criminal enterprises often disguised as orphanages, maternity homes, or religious centres – where traffickers hold women against their will, rape them, and force them to carry and deliver a child. Experts stated this illicit activity was widespread in the country,” a United States of America special report on trafficking stated.

United States of America Department of State 2021 report from monitor and Combat trafficking in persons said the government has not met the minimum standards in several key areas fighting trafficking in the country. The US report declared corruption a significant concern in battling the crime in Nigeria.

The US department recommended to the National Agency for the Prohibition of Trafficking in Persons (NAPTIP) and Nigeria Police Force (NPF) enhanced coordination on law enforcement efforts – including investigating illicit centres exploiting women in forced surrogacy – and prosecute suspects while respecting the rights of the accused.

Policemen from unidentified stations come to the brothel to raid — Police

Contacting the Spokesperson of Osun Police command, SP Yemisi Opalola, she said that the DPOs Ilesa denied the allegations. She further disclosed that the DPO of Ijamo divisional police station informed her that some policemen from different parts of the state come to the particular brothels to raid the place.

Opalola confirmed that the command made different arrests of some hardened criminals in the particular brothels investigated by DAILY POST, promising that further investigation could be conducted.

“I contacted the DPOs, they said they are not aware of the allegations, that further investigation will be conducted through their men. The Ijamo DPO affirmed that they have arrested some hardened criminals before at the brothels. Likewise, some policemen from Osogbo and other unidentified stations also go there to raid.

The command will definitely investigate further because it is unusual.”

We will investigate this — NAPTIP reacts

The zonal coordinator of NAPTIP in Osun State, Mustapha Saadu said the agency will carry out an investigation on the brothels. He added that the command had not heard about the said brothels or their activities.

Meanwhile, the head of the investigation of the agency in the zone who was in the same room with the coordinator during the visit of this reporter to NAPTIP office in Osogbo acknowledged the “police money”.

The House of Representatives has asked the federal government to continue the construction of the Lagos-Calabar coastal railway line. The lawmakers made the call on...
Read more
Breaking News