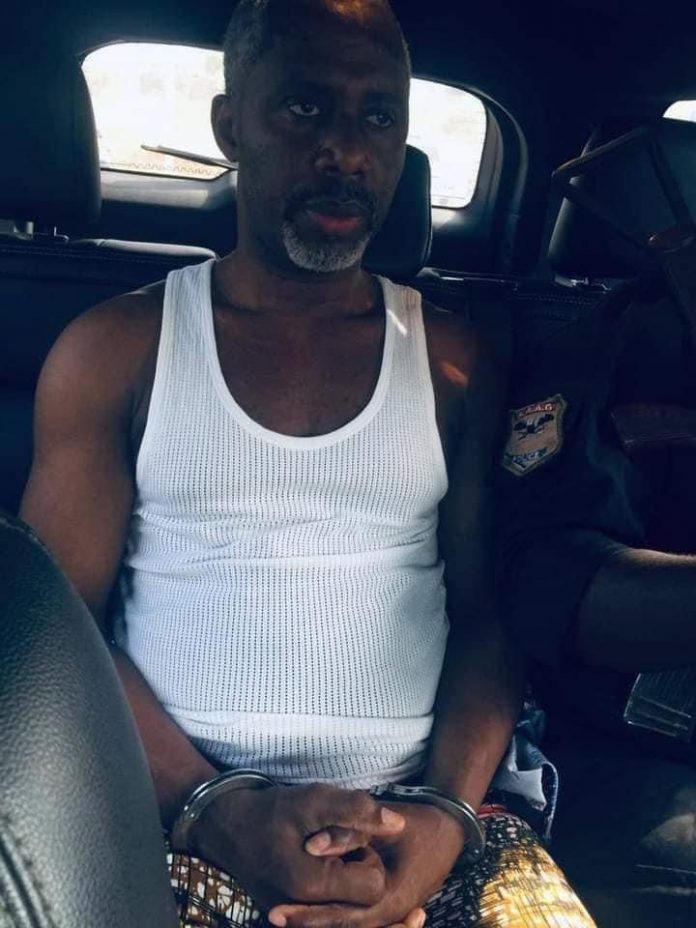 Newsmen recalls that security operatives swooped on Nwosu, a son-in-law to former Imo Governor, Rochas Okorocha, inside St Peter’s Anglican Church Umunwokwe Village Eziama-Obaire Nkwerre LGA of Imo State, during the outing service of his mother’s burial and whisked him away amidst sporadic shooting on Sunday.

It was initially thought that the politician was kidnapped by armed men.

However, Mazi Onwuasoanya, in a statement forwarded to Newsmen on Monday, said the police had no reason barging into a church service while the priest was still on the podium, blessing the congregation, saying that the action of the police was a desecration that would not be condoned in a mosque.

He also insisted that the alleged physical assault on Ugwumba Uche Nwosu was reprehensible and asked the police to apologize to Imo parish of the Anglican Communion, entire Anglican Communion in Nigeria and the Christian Community in general over their unholy scenario.

According to Onwuasoanya, “if the police have reasons to regard the former governorship candidate as a flight risk, then, they could have as well waited for the church service to end before picking him up, if they must carry out arrest while he was still observing his beloved mum’s funeral rites.

“Even a common criminal deserves some respect. Unless he was being arrested under conditions covered by the Terrorism Prevention Act. Human beings change, but the Ugwumba Uche Nwosu I know couldn’t have resisted arrest if the security agents properly introduced themselves to him.

No matter the “crime” he is being investigated for, the police has given his supporters something to feast on and try to play up sympathy for him with, with the way they went about the arrest”.

Onwuasoanya further maintained the sporadic shooting by the police and unnecessary drama associated with the arrest could have been avoided if adequate intelligence and professionalism were deployed.

Ohanaeze leader also faulted the team of Nigeria police but posited that the arrest was a pure police arrest, not a kidnap as insinuated in many quarters.

His words, “the kind of Federal system we run puts the Police under Federal control, therefore, while the Governor of a State can request for someone to be arrested, a high profile personality like Ugwumba Uche Nwosu couldn’t have been arrested by a mere petition or request from individuals. The governor therefore may not be held responsible for this arrest. The governor could write a petition, could even make a request for any individual to be arrested, but the final approval for the operation to be carried outcomes from the police hierarchy.

“This arrest is obviously not connected to the EFCC as he has been suggested in some quarters. This is purely a police action going by the statement from the police”.

Continuing, Onwuasoanya submitted, “this is not an issue to play politics with, and if we must play politics with any matter, let us understand that there is only one legitimate governor and authority in Imo State. If we cannot beg, let us stop affronting the governor”.

The 2019 governorship candidate of Action Alliance, AA, did not spend a night in custody.

According to a release signed by Nwadike Chikezie, Special Adviser Media to Ugwumba Uche Nwosu, “I have spoken with him and he extended his greetings to all of us out there.

“While we await police report on why the abduction and arrest were carried out, we call on everyone to remain calm and focused because God is in charge of the whole situati