Ezekwesili, Others Lament Corruption in Judiciary 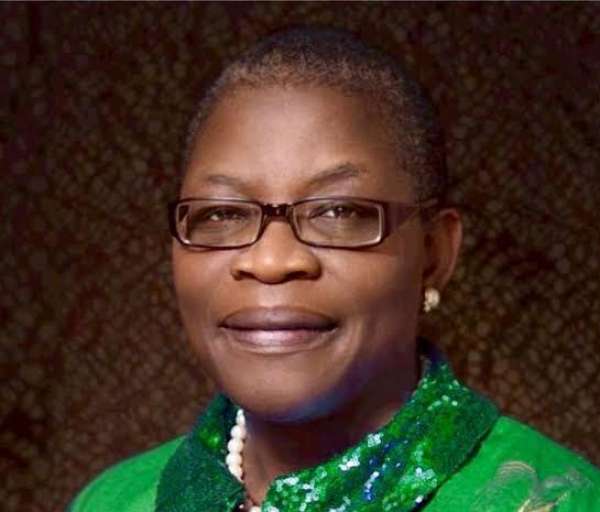 The rot in the Nigerian judicial system has been identified as the major impediment against the anti-war corruption war, according to a panel of discussants at an event with the theme “The Cost of Corruption” that was organized yesterday by the Federal Social Democrats (FSD).

The panelists also stated that the judiciary has promoted the culture of impunity among public officials and noted that corruption in the judicial system has debased Nigeria’s constitution and reduced it to a worthless document.

Among the participants who shared this view during the event were the former Chairman of the Economic and Financial Crime Commission (EFCC), Mr. Nuhu Ribadu; the former Minister of Education, Dr. Obiageli Ezekwesili and a Professor of Law and Legal Practitioner, Professor Konyin Ajayi (SAN).

Other members of the panel were the Chief Executive Officer of the Financial Derivative Limited, MrExecutivek Rewane, a Legal Practitioner and Senior Advocate of Nigeria, Ms. Funke Adekoya, the Registrar of the Joint Admission and Matriculation Board, Dr. Ishaq Oloyele, and the Co-Founder, BudgIT, Mr. Oluseun Onigbinde.

Ribadu said that from his practical experience as a former chairman of the EFCC the judiciary was the biggest problem confronting the fight against corruption.

He said: “We have all we need to fight corruption in our laws. But talking about the judiciary, I can assure you that some of the biggest problems that I faced was the judiciary and it remains so up till now.”

He lamented that all the EFCC did during the administration of Chief Olusegun Obasanjo were reversed “including some convictions that we secured. They were all reversed and thrown out when there was a change of government.”

Ribadu added that the cases of corrupt governors the EFCC charged to court in 2007 are still pending in courts today except for three convictions.

Ezekwesili, who is also the Chair, Fix Politics, regretted that succeeding administrations failed to build on the successes recorded by the Obasanjo’s administration on the war against corruption, adding that a corrupt judiciary is the worst thing that could happen to any society.

She said: “The kind of legal instruments we have are sufficient to enable us to execute a successful war against corruption. The judiciary, by lingering on cases the EFCC brought before it since 2007, basically signaled to the society that corrupt persons can get away with it because when the government changes things can change.”

Speaking in the same vein, Ajayi, who is also a SAN, explained that he appeared in a black shirt and jacket on the panel because of the immense cost of corruption in the judicial system.

He said: “The cost of corruption is as an impact on the constitution of the country. It created thran ee arms of governments that are co-equal and independent of each other. But what corruption in the judiciary has done is to abase the constitution and make it a worthless document.

“The constitution is not working because the judiciary is corrupt. Secondly, corruption has made the judiciary an incubator of mediocrity, hooliganism, and theft of what we owned personally or donated to the government to hold for us.

“It has encouraged impunity by everybody. We must look for ways to kill corruption in the judicial system because without justice there can be no peace and without peace, there can be no society.”

Ajayi urged the Nigeria Bar Association (NBA) to disbar bad judges so that they would not be a member of the bench. “I am looking for the day when the NBA will move against an attorney general that is advising the President wrongly and get him removed as a member of the bar,” he said.

Rewane said that the economic cost of corruption accounted for the reason the value of the Naira to the dollar was stronger in 2020 when Nigeria earned an average of $45 per barrel of crude oil than in 2021 when a barrel of oil is going at $60 per barrel.

He said that anti-reform people who benefit from corruption have been anti-reformonomic reforms and making the cost of reform much more onerous.

He also said that the Nigerian society has accepted corruption as a norm in a manner that Fela called “turn by turn.”

Adekoya, who delivered the keynote address during the webinar, described corruption as “an abuse of public office for private gain. It could be financial when a contract is inflated,” adding that “distorted spending priorities undermines the ability of the government to promote sustainable and inclusive growth. That is why resources allocated to education are insufficient to promote quality education.”

The Protem Chairman of the FSD, Mr. Tola Mabolurin, urged Nigerians to discountenance nonchalant attitude toward corruption because it affects all of us and is killing our society. Often when the problem affects everybody we see it as academic by saying that ‘when the heaven falls it is not going to fall on me alone.’ Unfortunately, each one of us personally suffers the effects of corruption in ways that dehumanize us, reduces our quality of life, strips us, and dehumanizes Nigerians.

Facebook
Twitter
Pinterest
WhatsApp
Previous articleDr. Saraki visited the office of the EFCC to clarify any issue that the commission may have wanted to raise with him
Next articleSome hoodlums have invaded Radio Nigeria in Ibadan, the Oyo State capital

Former President Olusegun Obasanjo is optimistic that nothing would interfere with the successful conduct of the 2023 general elections scheduled for February 25 and...
Read more
2023 ELECTION:

Few weeks to the governorship election, women in Enugu State, under the aegis of ‘Women Support Women’, have demanded that a woman must be...
Read more
2023 ELECTION:

Sack Me If I Fail To Perform- Obi To Nigerians

The presidential candidate of the Labour Party, LP, Peter Obi, has given a reason Nigerians should sack him if elected president in the upcoming...
Read more