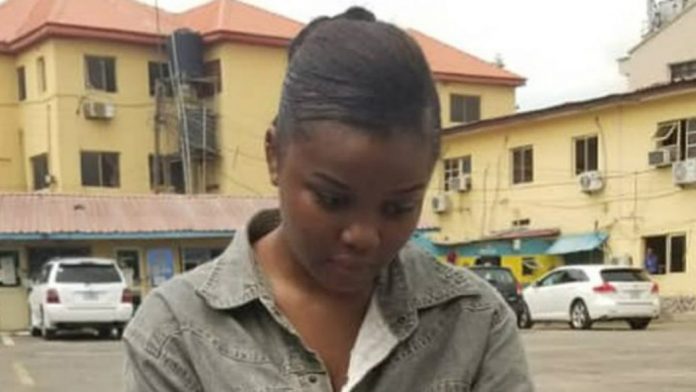 Chidinma Ojukwu, the 300-level student of the University of Lagos, who was arrested over the death of Mr Usifo Ataga, Chief Executive Officer (CEO) of Super TV

A Yaba chief magistrates’ court in Lagos on Monday ordered that Chidinma Ojukwu be charged with murder of the Chief Executive Officer of Super Television, Mr Usifo Ataga, at the Lagos State High Court.

The court also ordered that one Adedapo Quadri and Chidinma’s sister, Chioma Egbuchu, found in possession of Ataga’s iPhone 7, should face trial for possessing stolen items.

The advice is to the effect that there is a prima facie case of conspiracy to murder, murder, conspiracy to commit forgery, making of documents without authority and stealing against Chidinma.

In the advice dated Aug. 20, the DPP recommended that Chidinma’s sister, Chioma Egbuchu, who was found in possession of Ataga’s phone and had refused to release it, should be tried at the high court for being in possession of a suspected stolen item.

The DPP said, “After careful consideration of facts available in the case file, this office is of the view that a prima facie case of conspiracy to murder, murder, forgery, making of documents without authority and stealing, contrary to sections 222, 233, 363, 379 and 411 of the Criminal Law of Lagos, 2015, has been established against Chidinma and two others.

Facts available also established against Chidinma the offence of having possession of things reasonably suspected to have been stolen, contrary to Section 329, of the Criminal Laws of Lagos 2015.”

The magistrate, however, discharged Chidinma’s father, Onoh Ojukwu, as well as one Babalola Disu, one Abayomi Olutayo and one Ifeoluwa Olowu, based on the DPP’s advice.

The police had on August 9, prayed the court to remand the suspects to enable them to carry out further investigations into the case.

The court had granted the request and ordered that Chidinma and Adedapo Quadri should be remanded for 30 days.

The police also docked Chidinma’s father, Onoh Ojukwu, and four others for obstruction of justice.

Ojukwu, 57, and Babalola Disu, 42, were charged with obstructing the police from performing their duties and failing to report a crime to the police.