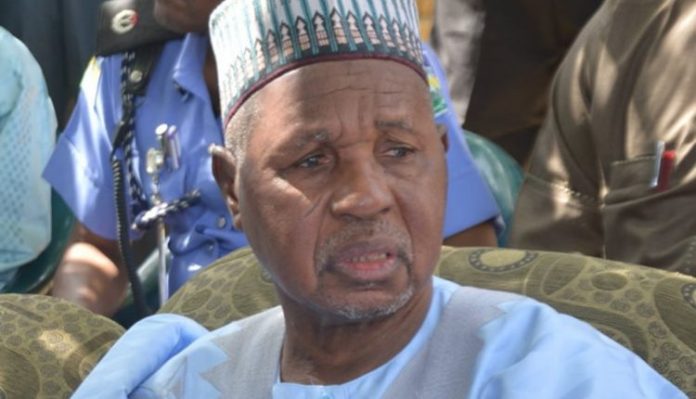 Governor Aminu Bello Masari of Katsina State has explained the reason he asked citizens of the state to carry arms and defend themselves against bandits.

Masari who featured on Nagarta Radio Kaduna programme on Monday stated that citizens cannot fold their arms and allow the bandits to be killing them.

The governor noted that there is no adequate security personnel to guard every community, lamenting that despite the state government’s effort towards protecting the citizens, hardly a day passes without innocent people being killed by bandits or abducted.

He also declared that his government had tried its best to negotiate and reach an agreement with the bandits in the past but was in vain.

It failed because we discovered that the bandits groups lack a central leader among them. There was no single leader to caution them because they are not fighting a particular ideological cause rather than to steal.

These groups of kidnappers and bandits are scattered in the forest and you find not less than 10 members in a group.

We also know that there are not enough security personnel. How many soldiers are there in Katsina and this is because this insecurity affected virtually all states of the federation.

This compounded the problem and people can’t not fold their hands and watch being killed. If they abandon their villages where will they go and when will the killings end?

It’s very important for the people to rise up and support the government effort. Apart from the money we are spending on security, hardly a day passes by without a person being killed or kidnapped. No single day; Although the situation is not as bad as it was last year.

We thank God for that but normalcy has not yet completely returned because just a few days ago about 10 people were killed in a village, how can you as a leader be okay with this situation?” he said.

According to him, “When we came on board in 2015 we inherited killings and banditry in the state. In 2014 there was a single attack that claimed over 100 lives around Faskari and Sabuwa LGAs.

“This is the situation we met on the ground happening daily because we always received reports of animal rustling and killings attributed to bandits and local vigilantes yan sakai in the state.

At that time, Fulani women had stopped coming to town and farmers too had stopped going to the bush. We later discovered that it was not a problem of Katsina State alone, it’s a problem that affected Niger, Zamfara, Kaduna states and later Sokoto, Kebbi and Jigawa.

The military supported our steps which led to our meetings in Kaduna to find a solution. All security agencies were brought in and they all worked together for a year and recorded some successes.

Then, we met with the security chiefs at defence headquarters but after a year it stopped. We were later asked to return home and handle the situation.”

Masari noted, “On on our part, we discovered those bandits are Fulani so we took advantage of that by ensuring that we got an official from a local government to be elected in their union and through him we reached out to those people in the forest.

Later the SSG, police commissioner and DG SSS all went to the bush during that period, but we discovered that the bad eggs among the Fulani that ran to the bush were to protect their animals.

This is how we entered into a dialogue with Fulani leaders and the vigilantes across the eight LGAs. We reached an agreement at Kankara in the presence of all our traditional leaders including late notorious Buharin Daji and they returned with over 300 guns.

Later, things gradually returned and life went back to normal before the whole thing took a different dimension because those who entered the amnesty among the Fulani were murdered in the bush and that scared away others.

This was how the dialogue stopped especially around villages bordering Zamfara before the 2019 election. I remembered we built 10 schools in the villages located inside the forest.

Also, we built 10 PHCs in those villages but they later turned the schools as their base in the bush.

As the forthcoming general elections approaches it's climax,a member of the House of Representatives, Alhassan Ado-Doguwa, has issued threats to members of his constituency...
Read more